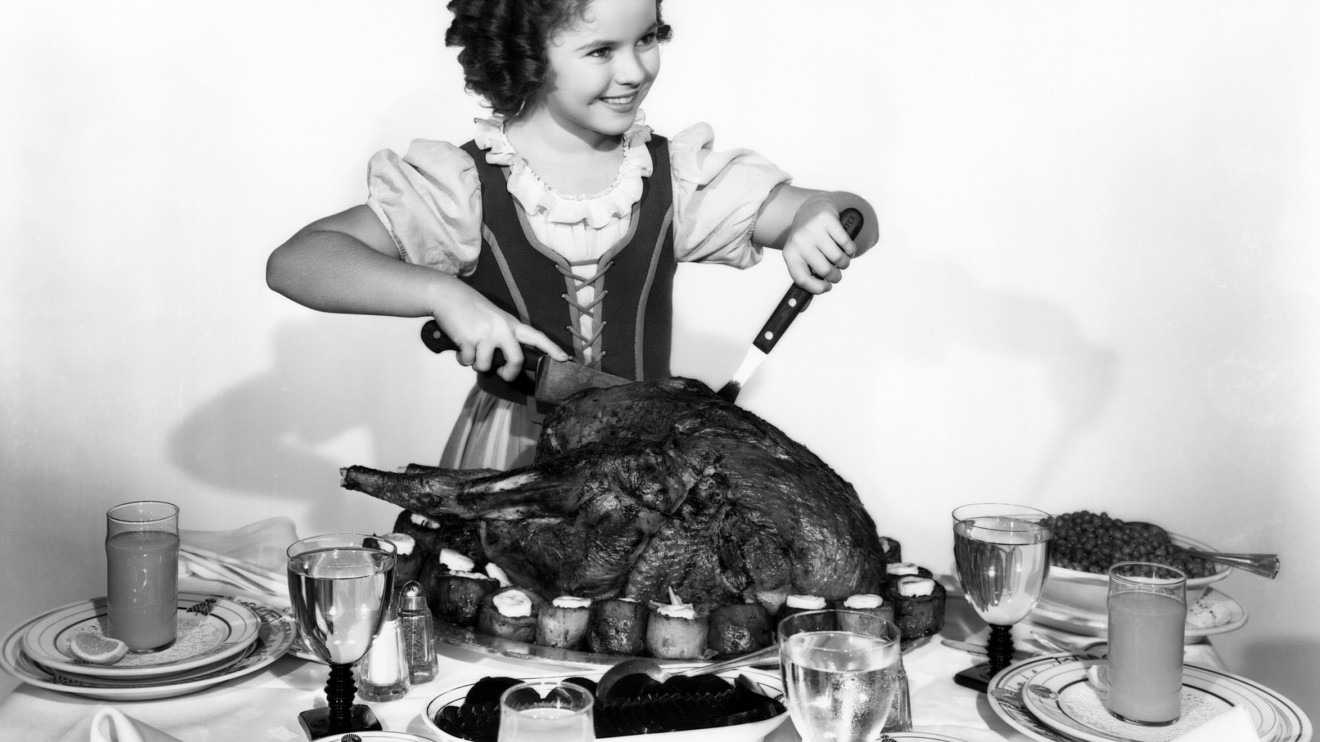 Time to talk turkey about Trump…again.

Politics is ruining Thanksgiving for many families. And with election season heating up, this year may be no better. But if you’re going to get through the meal you will need the latest facts and figures to back up your argument.

Has Trump “made America great again?” Is he a disaster? Should he be impeached? Is he cruising for a landslide?

Yes, good luck with all this.

Drew Westen, a psychology professor and the author of the classic text on political communication, “The Political Brain,” warns that hard-core partisans on both sides rarely change their minds. If you’re trying to argue with your Bernie Bro or MAGA mother-in-law, you may be wasting your time and setting yourself up for a miserable meal.

You’d be better off just asking them if they’d prefer turkey breast or leg, he says.

But if you want to win over independents and those with open minds, he adds, appeal to their hearts and not just their minds. Persuade them that you “understand people like them,” and “share their values,” and they’ll be much more receptive to your pitch, he says.

Meanwhile, here’s something that no one else at the dinner table will have: MarketWatch’s Trump Scoreboard, which has key real-time data on how the U.S. economy has fared since Donald Trump took office.

And here’s the MarketWatch cheat sheet to help you avoid a food fight.

My relative’s political views make me so mad. How can I change his or her mind?

Bad news. You can’t. Researchers did an experiment a few years ago. They bombarded liberals with conservative tweets and vice versa. Net result? People didn’t moderate their opinions. They became even more extreme. So arguing with your relative is probably going to make them more entrenched.

Any other bright ideas?

The stock market is hitting new highs. That means Trump’s doing a good job on the economy, right?

So the stock market did better under Obama?

Well, yes and no. If you look at the big cap index from the dates the two were elected, instead of from their inaugurations, Trump looks better: 15.7% a year, to 13.4% for Obama.

So which is right?

That depends. Are you a Republican or a Democrat?

My conservative relatives say the stock market proves that a businessman is the right person to be president.

My liberal relatives say the stock market isn’t the “real economy,” and it doesn’t have anything to do with Trump anyway. Are they right?

Do you think they’d be saying the same thing if the stock market had collapsed? ’Nuff said. Anyway, Trump’s cut taxes, had a lighter toucher on regulations, and maybe he pressured the Fed into cutting rates. We can never know how much they’ve helped but apparently they haven’t hurt (so far).

OK, enough about Wall Street. What about Main Street?

Things really are doing well. U.S. gross domestic product is up 2.6% a year above inflation since the start of 2017. That’s impressive. During Obama’s eight years in office it grew 1.9% a year.

What does that mean for jobs?

So workers are getting the benefit, right?

And how! Real hourly earnings, after adjusting for inflation, are skyrocketing at less than 1% a year, according to the U.S. Labor Department. OK, at least it’s in the right direction. Under Obama earnings growth averaged 0.35% a year. So both are positive and Trump’s is up. But neither number sets the world on fire.

Oh, Trump says black Americans are doing better than ever on his watch. Is he right?

The black unemployment rate has fallen to 5.4%. That’s the lowest level since records began (though this was only in the early 1970s). The rate has dropped 2.3 percentage points on Trump’s watch. It also dropped five points under Obama. Meanwhile, according to the U.S. Census, the median black household saw its annual income rise $38 between 2016 and 2018. White households: $2,214.

What does Trump have to do with it?

Well, not as much as everyone pretends. Most of the economy has nothing to do with the president, Republican or Democrat. The gigantic U.S. economy creates and destroys more than 150,000 jobs a day, and the federal government’s entire discretionary budget amounts to less than 10% of gross domestic product. Some of Obama’s actions, like the emergency bailouts, probably helped the economy recover from the 2007-09 recession. But he wasn’t the main reason the economy grew. Trump isn’t the main reason the economy is growing now.

See also: Opinion: How to talk about the economy with your family at Thanksgiving

OK, but what has Trump done that’s helped?

Wrong. Republicans don’t like Democrats’ deficits. They say Democrats’ deficits, like the ones under Obama, are a sign of Godless communism that is spending us all into wrack and ruin, destroying the country, and creating a “big, fat, ugly bubble.” Republican deficits, like under Ronald Reagan, George W. Bush and Donald Trump, are the Lord’s work and are good for the economy. (Meanwhile, if you ask Democrats, only Republican deficits are the problem.)

So what’s the argument in favor of the current deficit?

Just ask the Democrats! Back in 2016 many of them were saying the federal government should be borrowing more money and using it to stimulate growth. Interest rates are really low. Why shouldn’t Uncle Sam borrow at 2% and invest in an economy that’s growing at 3% or 4%? It sounded like a good idea until Trump stole it.

Hey, but at least Trump is rolling back “big government,” right?

Actually, there are slightly more government employees in America today than there were in January, 2017.

OK, but he’s rolled back some of those pesky federal regulations, right?

Well, maybe. Even the Congressional Research Service says there’s no easy way to count whether total regulations are going up or down. The Mercatus Institute at George Mason University, which tries to track the data, reckons total federal regulations have gone down under Trump, maybe, but only by about 0.15% — meaning Trump has cut about one regulation in seven hundred. And these include — we are not making this up — easing rules on importing “Fresh Pitahaya Fruit From Ecuador.” On the other hand, which regulations are bad? The U.S. Environmental Protection Agency says air pollution levels have risen in the last couple of years.

I have relatives who say climate change is fake news.

Then ask them why they don’t smoke. After all, scientific research is hokum, right? Meanwhile, over the past 30 years, among the thousands of scientific papers that expressed a view about climate change, 97% said it was real and being caused by humans. Or you could go with the radio talk show guy who dropped out of college.

OK, so let’s turn to the election. My conservative relative says Trump is heading for an easy re-election. Is he right?

Well, if he’s so certain, tell him to fly to the U.K., where political betting is legal and a big business, and bet his house on it. The bookmakers there give Trump no better than 50% odds of winning next year. So if your relative is right, he can double his money. Piece of cake.

Well, he says he’s not a betting man.

Well, if your relative is not willing to put his money where his mouth is, I suggest you give his opinion all the weight it deserves, and ask him to pass the stuffing.

I’m exhausted. What if I just want to enjoy my pumpkin pie in peace?

Then change the subject.