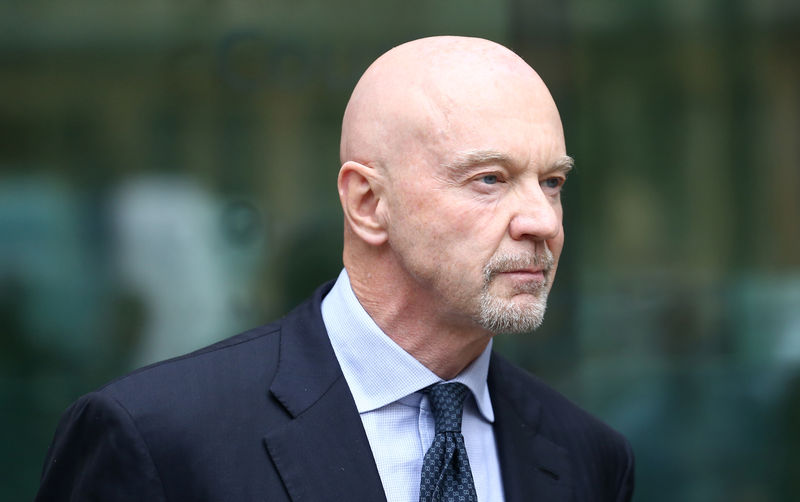 LONDON (Reuters) – Former senior Barclays (L:) executive Roger Jenkins told a fraud trial over undisclosed payments by the bank during the credit crisis that Qatar had wanted to be the British bank’s “special” Gulf partner in 2008.

Jenkins said the two men had dinner on a boat on the Italian island and met subsequently on the French Riviera at Cannes, in Los Angeles, Doha and London to discuss business deals in retail, real estate and banks as their relationship developed.

The case revolves around how Barclays avoided the fate of Lloyds (L:) and Royal Bank of Scotland (L:) and averted a state bailout with an 11 billion pound ($14 billion) fundraising in June and October 2008.

Prosecutors allege the bankers lied to the market and other investors by not properly disclosing 322 million pounds of extra payments to Qatar, disguising them as “bogus” advisory services agreements.

Qatar, a major investor in Britain, and Sheikh Hamad are not accused of any wrongdoing.

When Barclays started to cast around for cornerstone investors during the financial crisis Jenkins, who was known as “Big Dog” by colleagues, wanted to bring in Qatar, which was seeking to diversify its vast oil and gas wealth.

On May 14, 2008, Kalaris emailed Jenkins to ask whether Sheikh Hamad had “any sensitivity” about Barclays approaching other potential investors, such as Abu Dhabi or Kuwait, or whether he wanted to be an exclusive Middle East player.

Jenkins, who read his emailed response out in court, said: “Oh yes he won’t like that. He wants to be (the) special Gulf guy.”

But Qatar had also watched RBS’s steeply-discounted emergency rights, Jenkins said, and was a tough negotiator.

Qatar’s sovereign wealth fund, which was only set up in 2005, was also booming and seeking investments. As cracks appeared in financial markets, Jenkins said Sheikh Hamad became increasingly interested in investing in banks.

Jenkins, who described his relationship with the sheikh as close, is due to continue giving evidence in a trial scheduled to last around five months.