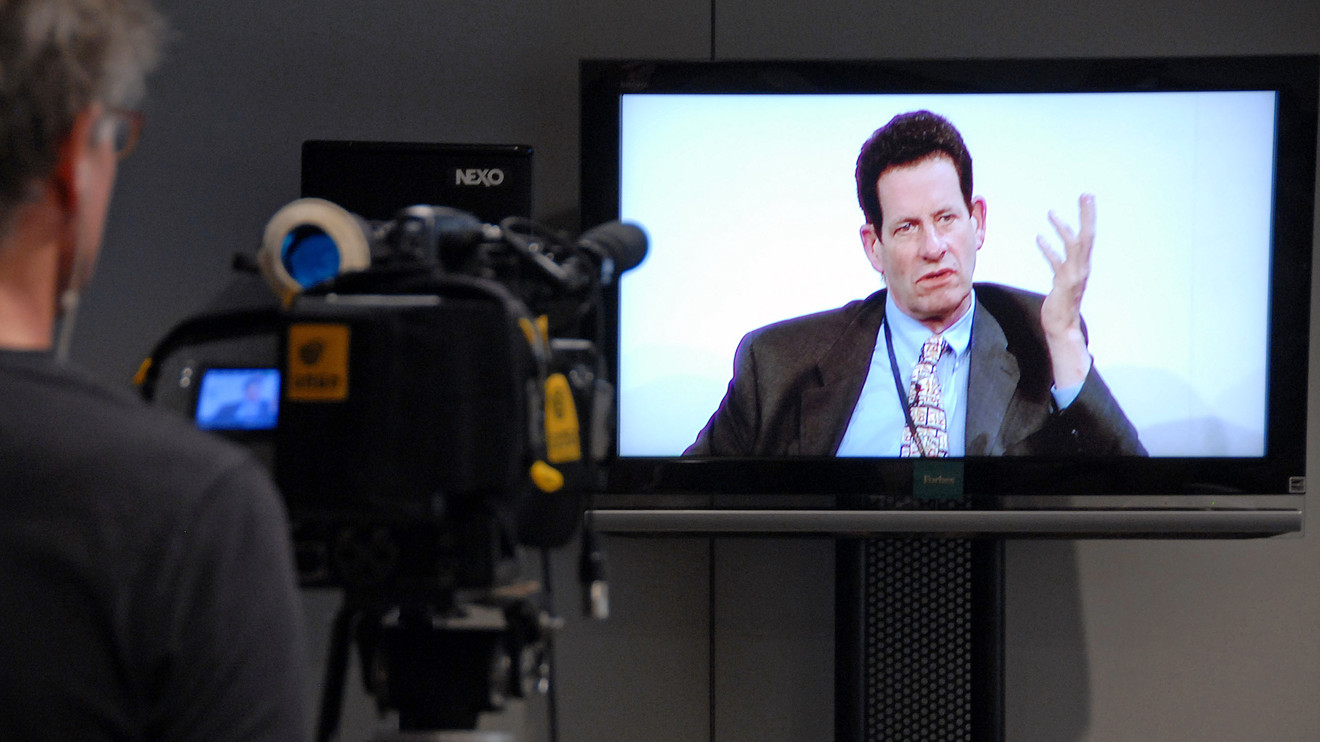 “It was horrible,” Chalekian would say in videotaped comments he posted on Twitter TWTR, +0.81%  that night. “Things that were said by Ken Fisher were just absolutely horrifying. He made comments about genitalia, talked about picking up on a girl, and don’t show them what’s in your pants.”

Second, in the staid world of wealth management, it’s highly unusual for an adviser to express public outrage at a speaker’s remarks at a conference — and characterize the presentation as a “true debacle,” as Chalekian did in his video.

“Years ago, I’d talk about it with a colleague at the water cooler and that would be that,” Chalekian said in an interview. “It’s interesting how social media has helped move the conversation. It has a much longer shelf life.”

Chalekian decided to speak out against Fisher, in violation of Tiburon’s confidentiality rule. Around 11:30 p.m. on October 8, he recorded his now-viral video and posted it.

“My main intention was that conference organizers would see it,” he said. “I knew I was taking a risk, but I’ve always been comfortable with risk.”

Read: Anger is an energy — and more women are empowered to use when dealing with men

Also see:  How many women are accused of sexual harassment?

Reflecting on his actions, Chalekian says he didn’t vacillate before going public with his concerns about Fisher. He calls his decision “very instinctive” rather than a result of labored “should-I-or-shouldn’t-I?” calculation.

“If you see something, you’ve got to say something,”

“If you see something, you’ve got to say something,” he said. “I asked myself, ‘What’s the right thing to do?’”

For others facing a similar moral dilemma, Chalekian suggests that once you decide to send a message, you should choose a communication vehicle that fits your style. “I’m more comfortable with videos,” he said. “I prefer doing that to writing.”

Watching his Twitter video, it’s striking how Chalekian delivers a heartfelt monologue so smoothly. Speaking emphatically, he doesn’t stammer or stumble over his words. He says he prepared by jotting down “three or four main points” he wanted to make. But rather than read from notes, he looks directly at the viewer. Confronting a time limit — Twitter videos cannot go longer than two minutes and 20 seconds — kept him on track.

“Writing down my thoughts beforehand kept them fresh in my mind,” Chalekian said. “That cemented the points in my head” when it came time to hit the record button.

Reaction to Chalekian’s video has been swift and sharp. The video itself has generated nationwide media coverage and currently has more than 154,000 views. While conference host Roame didn’t exactly forgive Chalekian for breaching confidentiality, he didn’t come down too hard either.

Both Fisher and his investment firm, Fisher Investments, are reeling. As Abigail Shrier wrote in an October 24 Wall Street Journal opinion article, “The rock Mr. Chalekian kicked was enough to start an avalanche.” Fisher Investments, which managed $112 billion as of last June, has llost about $3.9 billion in institutional assets as a result of Fisher’s remarks, according to Bloomberg.

Meanwhile, Chalekian is heartened by the response he’s received from industry colleagues and others. “I’ve been showered with many people who are thankful that I took a stand,” he said. “They’ve opened up their own stories with me, and now they are sharing their own stories. Someone had to be the spark.”

Plus: How men can be part of the solution in the #MeToo era