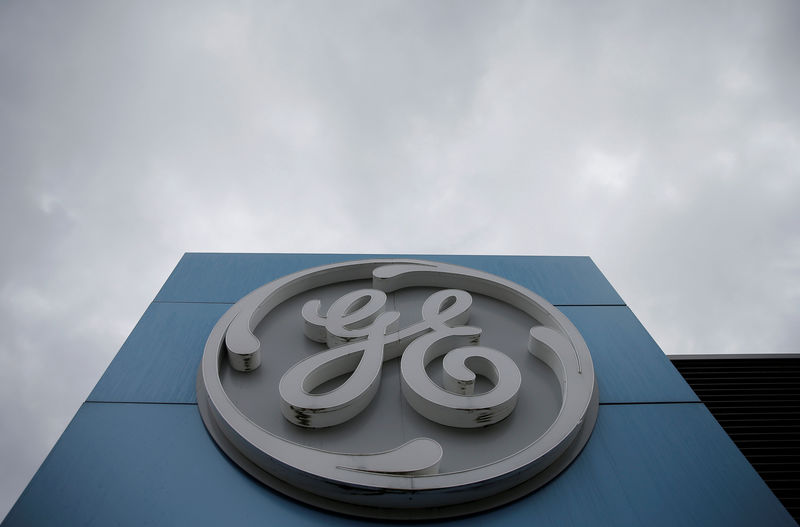 © Reuters. The logo of U.S. conglomerate General Electric is seen on the company building in Belfort

Happe will start in early 2020 and replaces Jamie Miller, whose departure was announced earlier this year as new Chief Executive Officer Larry Culp seeks to simplify and revive operations after booking billions of dollars in losses.

The company has been struggling with the fallout of a series of poor long-term financial bets, driving its share price as low as $6.4 last December from highs above $50 in 2000.

The company’s aviation business is also under pressure from the worldwide grounding of Boeing’s 737 MAX, for which it makes engines.

The departure of Dybeck Happe comes at a bad time for Maersk, the world’s biggest container shipping company, leaving only three members of its executive board.

Struggling with low freight rates and a slowdown in container shipping, Maersk is striving to regain its footing more than three years after announcing a new strategy that would see it sell off its oil and gas business and focus entirely on container and logistics services.