Home
Stocks
Key Words: Trump was ‘sent by God’ to be president, says Rick Perry — and so was Obama
Prev Article Next Article 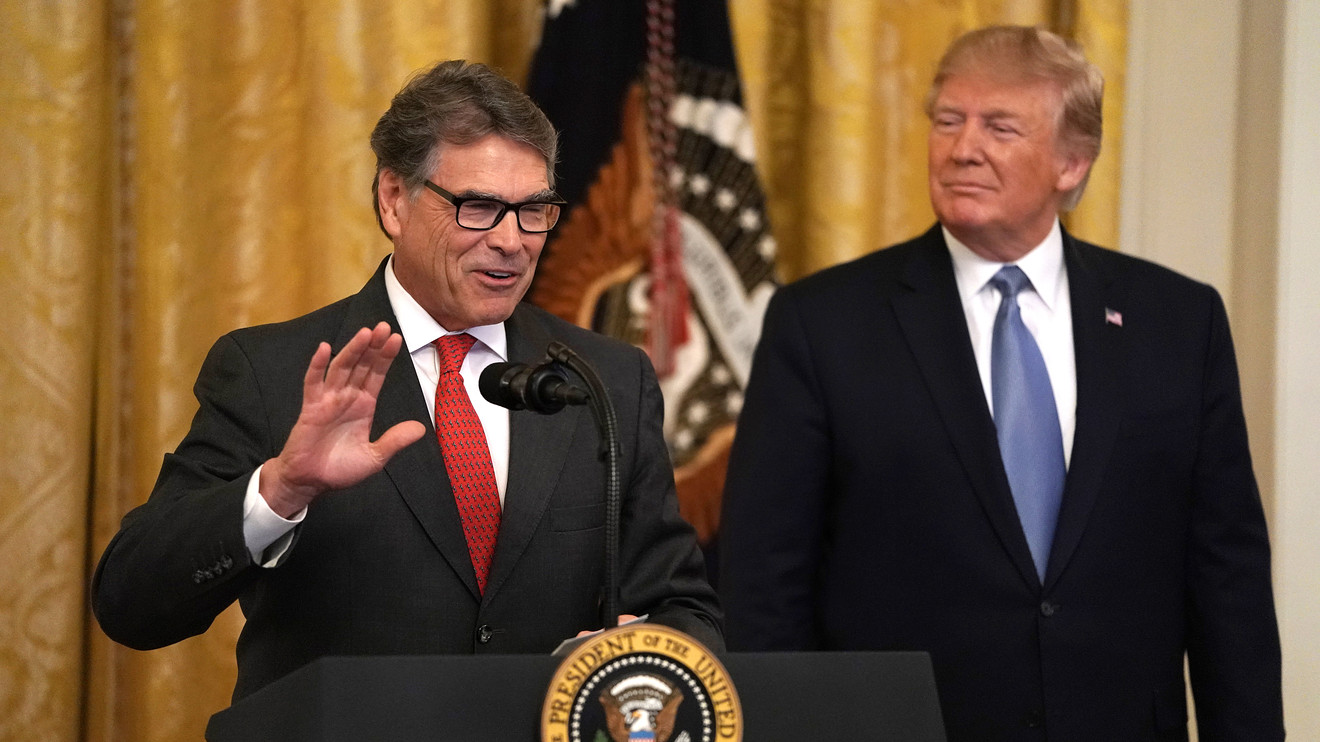 Energy Secretary Rick Perry, a former governor of Texas and Republican presidential candidate, raised eyebrows in an interview that aired Sunday on Fox News FOX, -0.24% in which he said that Donald Trump is God’s “chosen one” to lead the United States and was “sent by God to do great things”:

Fox & Friends preview an interview with Rick Perry, where he says that Trump is “the chosen one” and “sent by God to do great things”

Pete Hegseth: “God has used imperfect people forever,” but what Trump “has withstood is unlike what really any other mortal could understand” pic.twitter.com/ITDAErMJiN

Indeed, the deity is “still very active in the details of the day-to-day lives of government,” according to Perry, who will be leaving Trump’s cabinet at the end of the year. And not, per Perry, only in the Trump era:

‘Barack Obama didn’t get to be the president of the United States without being ordained by God. Neither did Donald Trump. … God’s used imperfect people all through history.’

Plenty of people on Twitter TWTR, +1.53% were willing to take up the question of political perfection, and who falls short of that mark, while the “chosen one” remark — a sobriquet Trump himself has latched on to in the past — drew responses from some notable names:

If the Democrats wind up having a demented, evil, corrupt President, are we allowed to not care and just say God chose him?Just wondering. Or does God only choose some of the Presidents? Does God forget to do it sometimes? This is their rationalization. https://t.co/pKZIt4Ya2Q

If @realDonaldTrump is in fact the “chosen one” and part of a “divine plan” as claimed by Rick Perry, I’m becoming atheist. Now.

Perry maintained that he’s spoken directly with Trump about this very topic, and even gave him a pamphlet on the Old Testament kings: “I shared it with him and said, ‘Mr. President, I know there are people that say you said you were the chosen one and I said, ‘You were,’ ” Perry said. “I said, ‘If you’re a believing Christian, you understand God’s plan for the people who rule and judge over us on this planet in our government.’ ”