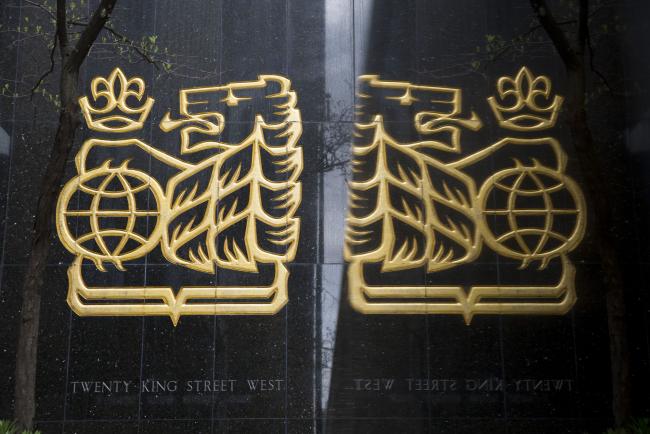 (Bloomberg) — The manager of some of the largest investment funds in Canada is favoring European and Asian stocks over North American.

Sarah Riopelle, senior portfolio manager at RBC Global Asset Management Inc., boosted her equity allocation by 2 percentage points to 59% over the past month as she shifts her focus to markets outside of the U.S. and Canada.

“Valuations are very cheap, reasonable within Europe and fundamentals seem to be improving,” Riopelle, who oversees funds managing about C$130 billion ($100 billion), said in an interview at Bloomberg’s Toronto office.

More than one million Canadians are invested in funds she’s responsible for at the asset-management arm of Royal Bank of Canada, the country’s biggest bank by assets.

The price-to-earnings ratios for European and Asian benchmark equity indexes are at 14.5 and 13.7 times respectively, compared with 16.2 for the U.S. That coupled with improving economic indicators, monetary stimulus and the steepening of yield curves propelled these international markets to the forefront. Geopolitical concerns in Europe have also eased with the chances of a no-deal Brexit dropping.

Riopelle joins other strategists who have recommended buying euro-zone equities, citing the valuation discount and growth recovery prospects. EPFR Global data shows the fourth week of inflows for the region’s equity funds. Last week, the largest exchange-traded fund focused on European equities posted its biggest inflow since June 2017 in one session, according to data compiled by Bloomberg.

After peaking at 61% two years ago, the funds had cut stocks “very gradually” to 57% this summer. “We are seeing signs that there’s some improvement in the economic metrics that make us a little bit more comfortable with a higher equity allocation. So we’ve been adding to stocks in two different trades,” Riopelle said.

“We still think the U.S. market can generate positive returns over the next 12 months.”

On the long list of risks that Riopelle and her team monitor, protectionism and U.S.-China trade are a big focus. While U.S. politics hog the headlines, investors aren’t paying as much attention to it, she said. Canadian investors frequently ask about the housing market, interest rates and oil prices with half of the nation’s benchmark index heavily weighted to financials and energy stocks.

Riopelle oversees multiple funds under the Select banner, including the RBC Select Balanced Portfolio, the biggest investment fund in Canada with C$37 billion of assets. It’s returned 12% over the past 12 months, beating 88% of its peers, according to data compiled by Bloomberg.

As passive investing becomes increasingly popular, she’s also looking for new sources of alpha including private markets, which managers started entering about a year ago. The firm closed the first tranche for its RBC Canadian Core Real Estate Fund this month, raising C$1.25 billion, and has a C$8 billion mortgage business that she believes are good sources of alpha for clients.

“The traditional model of a fundamental portfolio manager picking stocks — it’s going to be harder and harder to support that going forward,” she said.