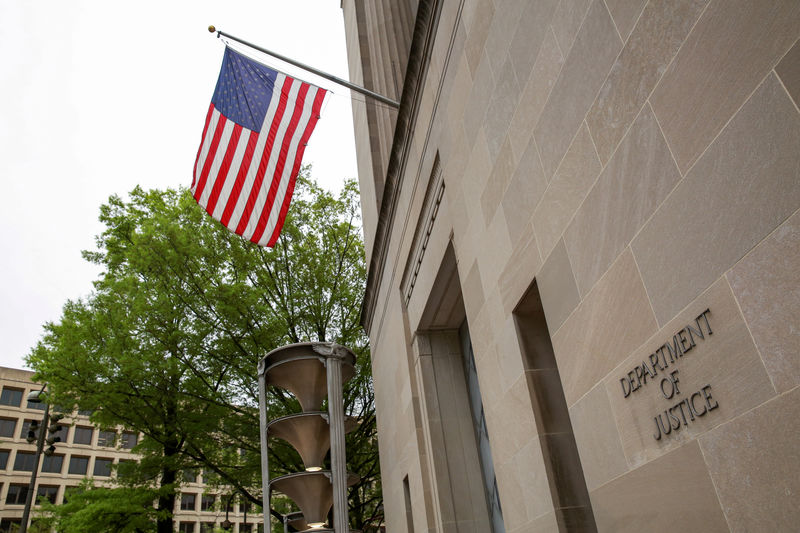 Former Chief Executive Rishi Shah, former President Shradha Agarwal and two other former executives of the pharmaceutical advertising company were charged in a 26-count indictment in Chicago made public on Monday.

The charges were announced by the U.S. Department of Justice four weeks after Outcome agreed to pay $70 million to end its related criminal probe.

Prosecutors said the defendants maintained a facade of “extraordinary revenue growth” through a scheme from 2011 to 2017 in which Outcome overstated its industry connections, billed clients for ads that never ran and inflated revenue.

They said this enabled the Chicago-based company to attract investors, such as affiliates of Goldman Sachs Group Inc (NYSE:), Google parent Alphabet (NASDAQ:) Inc and Pritzker Group, and obtain a $5 billion valuation by 2017. Forbes magazine in 2017 estimated Shah’s net worth at $3.6 billion.

Former Outcome Chief Financial Officer Brad Purdy and former Executive Vice President Ashik Desai were also charged in the indictment. Each count names one to three defendants, and Desai was named on one count.

The U.S. Securities and Exchange Commission filed related civil charges against the defendants.

William Burck, a lawyer for Shah, said in a statement that his client was being “scapegoated” for the wrongdoing of others who cut deals with prosecutors. “Mr. Shah will plead not guilty to these charges because he is, in fact, not guilty,” Burck said.

Christina Egan, a lawyer for Agarwal, said in response to the SEC lawsuit that her client denied the agency’s allegations and would defend herself in court. “Shradha never committed fraud and never participated in any conspiracy,” Egan said.

Purdy’s lawyer had no immediate comment. A lawyer for Desai did not immediate respond to requests for comment.

Outcome’s $70 million settlement, most of which has been paid, included a three-year non-prosecution agreement.

The company said in May it sold a majority stake to private equity firm Littlejohn & Co as part of a recapitalization.