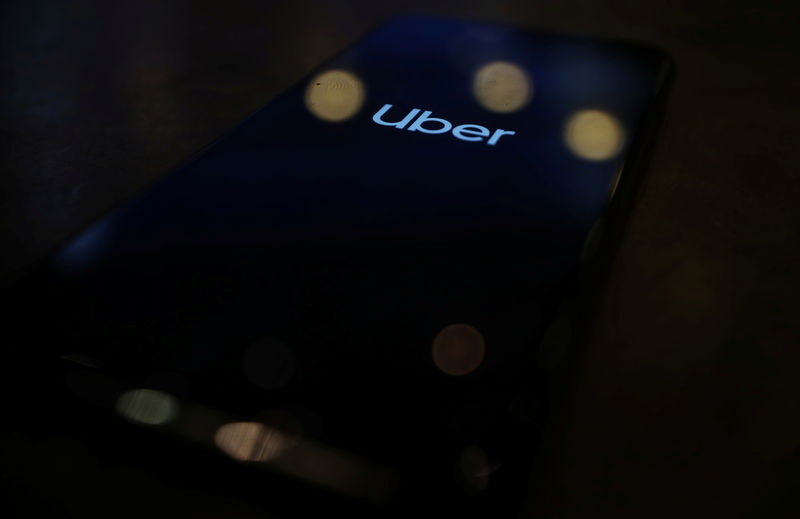 © Reuters. The Uber logo is displayed on a mobile phone in this picture illustration

LONDON (Reuters) – Uber (N:) was stripped of its license to carry paying passengers in London on Monday for the second time in just over two years, pending an appeal, over a “pattern of failures” on safety and security.

Unauthorized drivers were able to upload their photos to others’ accounts so that, on at least 14,000 trips, a driver other than the advertised one picked up passengers, the regulator Transport for London (TfL) said.

The ride-hailing firm immediately said it would appeal. The process is likely to include court action and could drag on for months, allowing Uber’s roughly 45,000 drivers in London, one of its most important markets, to keep taking rides despite its license expiring on Monday.

TfL said it had “identified a pattern of failures by the company including several breaches that placed passengers and their safety at risk”, and that some journeys had been uninsured.

“TfL does not have confidence that similar issues will not reoccur in the future, which has led it to conclude that the company is not fit and proper at this time.”

Uber, whose app-based ordering and demand-sensitive pricing have disrupted operators in many cities worldwide including drivers of London’s “black cabs”, said its systems were robust and that it would also introduce a new facial matching process.

“Over the last two years we have fundamentally changed how we operate in London,” tweeted CEO Dara Khosrowshahi, who took over weeks before Uber first lost its London license in 2017.

“We have come very far — and we will keep going, for the millions of drivers and riders who rely on us.”

Uber’s shares fell by nearly 4% at the open in New York before largely recovering.

The Silicon Valley company has run into regulatory barriers and a backlash in several markets, forcing it to withdraw completely from places such as Copenhagen and Hungary.

In London, black cab drivers who see Uber as a threat to their hard-won livelihoods have blocked streets in protest, arguing they are being unfairly undercut by an inferior service.

The more than 22,000 “cabbies” are required to memorize the thousands of streets and landmarks within a six-mile radius of central London and pass a legendary test known as ‘The Knowledge’ in order to be licensed to pick up passengers on the street.

A requirement since 1865, the process can be costly and takes on average three to four years to complete. Drivers for Uber and others such as Kapten and Bolt, helped nowadays by satellite navigation apps, face no such stipulation.

Despite the criticism it has faced, Uber is popular among many people for its convenient, cost-effective model.

“Obviously it’s going to be a big blow for a lot of people who find Uber so much more efficient and cheaper than taxis,” said Londoner Rodney Brody.

But the company and TfL have been at odds since the authority rejected a renewal request in 2017, faulting Uber’s approach to reporting serious criminal offences and driver background checks, before a judge granted a probationary 15-month license in 2018.

The roughly $50-billion firm, which went public in May but is not yet profitable, has implemented a series of changes including 24/7 telephone support and the proactive reporting of serious incidents to London police to assuage concerns.

Ahead of the latest decision, Uber said it would improve drivers’ safety training and provide a direct connection to emergency services.

Monday’s decision comes around two weeks before a national election and less than six months before Londoners decide whether to re-elect Mayor Sadiq Khan, who is also chairman of TfL and a member of the opposition Labour party.

“I know this decision may be unpopular with Uber users, but their safety is the paramount concern,” Khan said on Monday.

Uber was first licensed in London in 2012, when the current prime minister, the Conservative Boris Johnson, was mayor.

Shaun Bailey, the Conservative seeking to replace Khan, said that “London’s reputation as a world-class city that is open for business has taken a hammer blow”.