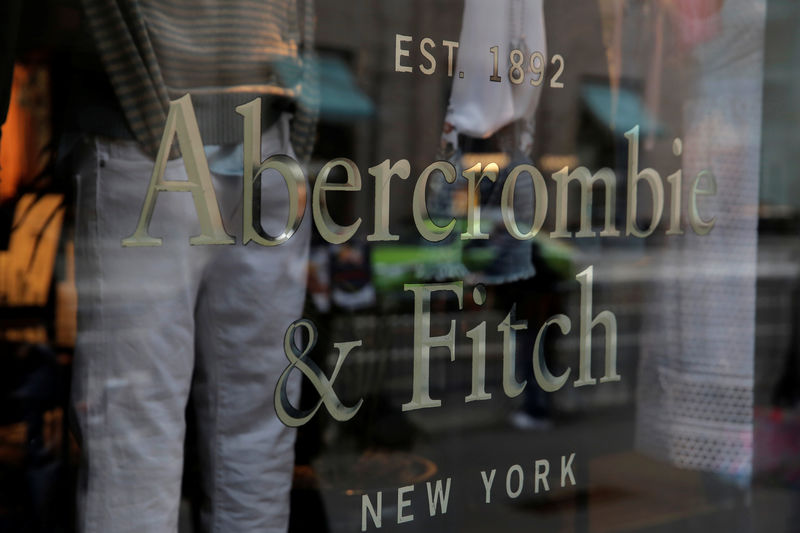 (Reuters) – Abercrombie & Fitch Co (N:) reported a better-than-expected 3% rise in same-store sales at its flagship brand on Tuesday, but said tariffs would hurt gross profit in the current quarter.

Shares of the company were volatile in premarket trading and were last up about 1%, having dropped about 19% this year.

Abercrombie has focused on building its namesake brand that lost appeal with young shoppers after its logo-emblazoned tees went out of fashion.

The company has launched traveling pop-up shops and collaborating with popular influencers like teen YouTuber Emma Chamberlain, who has over 8 million subscribers, to woo younger shoppers.

Abercrombie said it expects comparable sales to be in the range of flat to up 2% for the fourth quarter, while analysts were expecting a 1.22% rise.

The tariffs are expected to impact cost of merchandise and gross profit by about $4 million and $5 million in the fourth quarter and the full year, respectively, the company said.

Sales at established stores were flat in the third quarter ended Nov. 2, compared with estimates of a 0.30% rise, according to IBES data from Refinitiv.