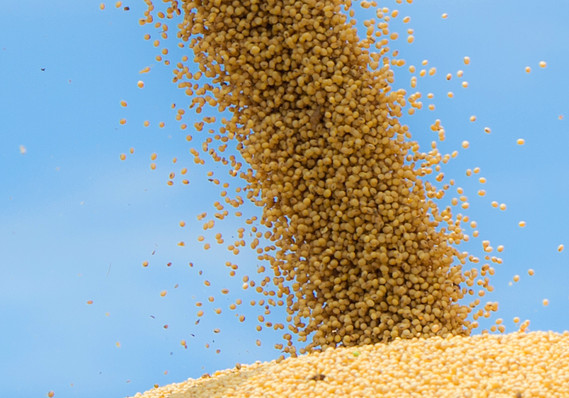 A hill of soybeans.

Anyone who follows the stock market, or at least the commentary on the stock market, knows that “trade optimism” has been a key factor underpinning the recent sprint to new highs for all the major U.S. equity indexes.

Any intimation that even a limited phase-one trade deal between the U.S. and China is at hand sends stocks soaring.

Conflicting reports have dented the rally at times, but overall the price action seems to suggest a belief that whatever Presidents Donald Trump and Xi Jinping sign will be a positive.

Is the trade optimism warranted? I doubt it.

For starters, even the proposed deal, first announced on Oct. 11, is limited in scope, with many of the thornier issues, such as China’s forced technology transfer and limited access to its markets, tabled for a later date.

China wants tariff relief: specifically, a rollback of the existing tariffs on some $360 billion of exports and a tabling of additional duties on $160 billion of mostly consumer goods scheduled for Dec. 15.

For his part, Trump wants a commitment from China to buy more U.S. agricultural and energy products.

To date, Trump has backed off on increasing tariff rates from 25% to 30% on some $250 billion of Chinese imports that was slated to go into effect on Oct. 15.

China, in turn, agreed — at least according to Trump — to increase annual purchases of agricultural products to as much as $50 billion in the next two years, more than double its pre-tariff purchases; strengthen intellectual property protections; and open its financial markets.

Of course, the two sides don’t agree on what the other side has agreed to, so who really knows?

Trump is obsessed with the bilateral trade deficit with China: only the goods deficit; services don’t count.

Getting China to commit to buying more U.S. agricultural and energy products is more important to him than structural issues, such as China’s practice of subsidizing state-owned enterprises.

While the overall U.S. trade deficit has widened in 2019, the goods deficit with China has narrowed, with both imports and exports declining in response to the tariff war.

After months of back and forth, Trump, the self-appointed “Tariff Man,” needs a win, both to demonstrate that his threats are effective and to provide relief to “my farmers,” as he calls them, before the 2020 election. The Farm Belt has been hard hit by China’s tariffs on crop exports.

The primary justification for the stock market’s ascent to new highs on hopes of a trade agreement is based on the idea that it would remove “uncertainty,” which is hampering business investment and curtailing economic growth.

Why are financial markets so willing to give our mercurial president the benefit of the doubt? Even a signed trade deal is no guarantee that Trump wouldn’t find another opportunity to threaten tariffs, just as he did with Mexico earlier this year when he wanted that country to stanch cross-border migration.

Using economist Robert Shiller’s CAPE, or cyclically adjusted P/E ratio, the S&P 500 is currently trading at an historically high level of 30.22: a level reached prior to the 1929 stock market crash and exceeded during the late 1990’s dot-com bubble.

This is happening at a time when earnings for the S&P 500 companies have declined for the last three consecutive quarters, with a projected decline in the fourth quarter as well, according to FactSet.

Recent press reports on the status of the trade talks have been all over the map. Chinese officials have said they won’t budge on the thorniest issues, which include China’s system of subsidizing state-owned enterprises, open access to China’s markets, and forced technology transfer.

In addition, China insists that existing tariffs be lifted before it proceeds with any agreement.

Yet on Sunday, China said it would raise penalties on violations of intellectual property rights, a focus for U.S. firms doing business in China if not the primary focus of the U.S. president.

At the same time, Chinese officials are “concerned about President Trump’s impulsive nature and the risk he may back out of even the limited deal both sides say they want to sign in the coming weeks,” according to Bloomberg.

At least someone is paying attention!

Trump frequently encourages foreign companies to relocate to the U.S. and manufacture their products here, which would seem to contradict his priority of reducing the trade deficit. All things equal, the investment dollars that flow back into the U.S. are the dollars used to purchase imports from abroad.

If Trump perceives that some nation has crossed him in any way or isn’t succumbing to his wishes, tariffs remain his default position.

“If we don’t make a deal with China, I’ll just raise the tariffs even higher,” Trump said in an Oval Office meeting last week.

For the stock market DJIA, +0.68% COMP, +1.32%  to put its hopes and dreams in what could be empty promises of “the largest trade deal in history” — only superlatives for this president — is wishful thinking.

In the end, any phase-one trade deal between the U.S. and China may amount to nothing more than a hill of beans.