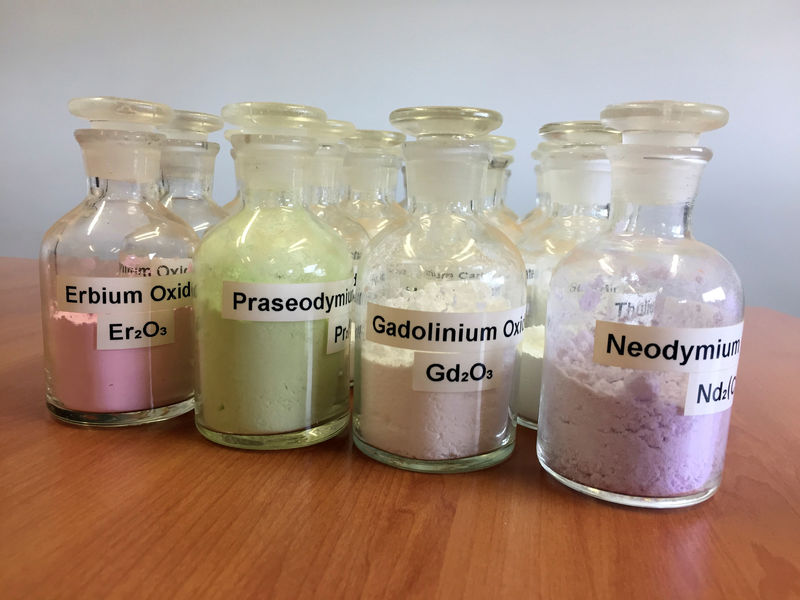 MELBOURNE (Reuters) – Australia’s Lynas Corporation (AX:) expects to make an announcement on how it will fund development of a new heavy rare earths processing facility in the United States by the end of February, its chief executive said on Tuesday.

The United States has sought to shore up its supplies of rare earths products this year, as escalating trade tensions between it and China fueled concerns that the world’s dominant producer could restrict supply.

Lynas in May signed a preliminary agreement to build out a heavy rare earths separation plant with privately held Blue Line in Texas, which is likely to be followed by a light rare earths separation facility there, Chief Executive Amanda Lacaze told investors at the company’s annual general meeting in Sydney.

Light rare earths, such as Neodymium, prized for their strong magnetic qualities, are used in everything from wind turbines to guided missiles. Heavy rare earths like lanthanum are used in industries such as lighting.

“We are in various different negotiations with respect to funding and offtake for that plant. We do expect to have more announcements on that sometime in the next two to three months,” Lacaze said.

“The U.S. has allowed itself to be really exposed. We think by starting with a relatively defined facility there with heavy rare earths as a starting point we will help to reinvigorate the supply chain in that market.”

China dominates the supply chain of rare earths from mining to processing to magnet production, accounting for more than 80 percent of global supply.

Lynas was part of an Australian trade delegation that visited Washington last week to promote closer ties between the two nations around minerals, she said.

For now, however, prices for its major products, Neodymium and Praseodymium ‘NdPr’, remain weak, Lacaze said.

“Unfortunately we have not seen a sustained improvement in pricing,” she said.

“Part of the potential response from Chinese industry is to say well, we don’t want a lot of new supply starting up. So therefore, you would have seen the quotas for production in China have already been raised. And certainly the price at which they are prepared to sell their products remains … in the doldrums.”

China shipped out a fifth more rare earths magnets to the United States in October and lifted its annual rare earth output quotas by 10% earlier this month to record-high levels for 2019.

Lacaze also said that mine life at its Mount Weld rare earths deposit, one of the biggest and richest in the world, could extend beyond 25 years.

“It is open at depth and it is open laterally. So we expect that it will have significantly more life as we go forward.”