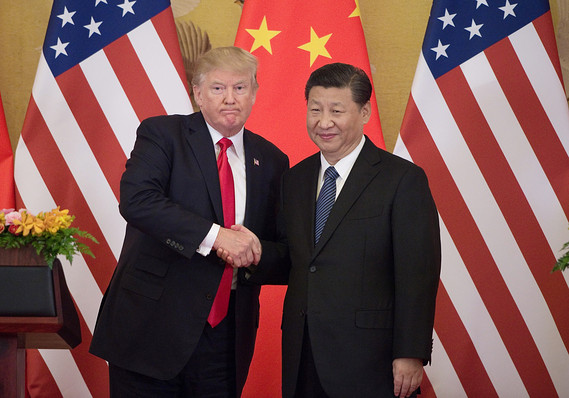 President Donald Trump is to be praised for wanting to do something about China, which has been a rogue player on the world’s economic stage for years. Just to give one example, it is by far the principal villain in the rampant and ongoing theft of American intellectual property, which in total may be a staggering $600 billion a year — a year — called by some “the greatest transfer of wealth in history.”

It’s one reason behind the ongoing trade war with Beijng, which—and despite what the president says—shows no sign of easing.

This in turn helps explain why the administration keeps thinking up new ways to tighten the screws on Beijing, in hopes that Xi Jinping, the communist dictator, will cry “shūshu” — uncle.

One such example is the recent floating of a trial balloon that proposes to restrict U.S. capital flows into China, kick Chinese companies off U.S. stock exchanges, and bar pension funds for federal employees from investing in Chinese companies.

The idea has been largely panned, but this doesn’t mean that the administration and its supporters wouldn’t go through with it: It also went through with the trade war itself, even though most economists warned against it.

Trump got plenty of warnings that raising tariffs on U.S. trade partners would only wind up hurting Americans, and this is exactly what has happened. Just ask Goldman Sachs, which says the entire burden for the tariffs has fallen on U.S. businesses and households. Meantime, JPMorgan Chase puts an actual dollar figure on this burden: up to $1,000 a year for the average household per year. Got an extra grand lying around?

So who’s to say Trump wouldn’t pursue what some think is another dumb idea: interfering with the free flow of capital around the globe? Money flows—or should—to where the opportunities are, and that’s Asia.

Notes the Nikkei Asian Review: “Gross domestic product in emerging Asian economies expanded 160% over the past 10 years, while global growth measured about 30%, according to the International Monetary Fund. Asia is also luring funds from overseas investors, who are betting on its growth.”

While Asia is more than China of course, China is the region’s biggest and most important player. Over the 10-year period that ended in March, 334 companies domiciled there increased their market cap by more than 10 times (Peter Lynch, the legendary U.S. investor, used to call such investments “ten baggers”).

To give just one example of a blowout investment: video-game giant Tencent’s 700, -0.94%  market worth grew 33-fold over the last decade — exploding to a market capitalization of nearly $438 billion. If Trump had his way, an ETF or mutual fund might not be allowed to invest in Tencent—or future Tencents—thus depriving you of a chance to build wealth.

Investors obviously want exposure to such opportunities, which puts them at odds with the president’s proposal to rein in capital flows.

If you own an index fund, or an ETF, there’s a good chance that you’re partially invested in Chinese securities. But tariffs and other trade restrictions hurt the value of those assets—dragging your portfolio down.

Again, set against the backdrop of U.S. markets that are rising overall, this may not be obvious to the naked eye. Yet, and depending on the makeup of your portfolio, you’ve almost certainly paid some sort of price. Perhaps not a large one, but one nonetheless.

Writing in his company’s blog, he points out that “open financial markets have for decades been a key source of U.S. prosperity, and open flows in both directions benefit our economy as a whole and every American saving for retirement.”

So what to do? The real objective here should be not to punish investors by limiting investment options—and thus potential returns—but to ensure that U.S. capital does not directly or indirectly bolster Chinese national security. Easier said than done, but restricting access to capital for such companies obviously has merit.

These are issues that have flown under the radar as the U.S.-Chinese trade war rolls on, and while Trump’s focus on tariffs and the trade deficit have garnered the headlines, investors should pay more attention to these matters as well.