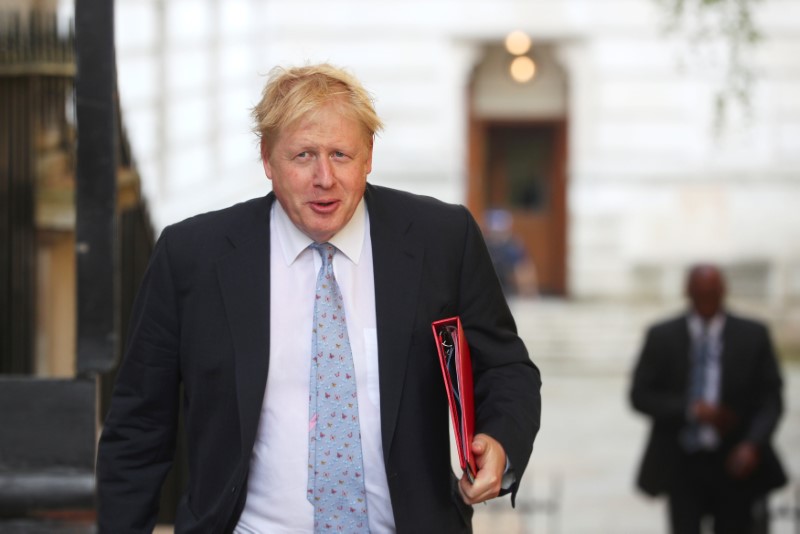 Investing.com — How do you trade an election campaign? is a bit like the old joke about how hedgehogs make love – “very carefully.” The sad truth is that investors’ yearning for certainty is likely to be no more than half-satisfied, even in the most likely scenario.

True, the U.K. market outperformed the rest of Europe again on Tuesday, with the rising 0.1% and the more domestic-focused midcap index rising 0.3%.

That’s another tentative sign that investors are turning more positive on what has been the world’s most despised asset class for most of the last four years. The reason? Confidence – at least a relative degree of it – that the Dec. 12 election will produce a Conservative majority in parliament, breaking the deadlock on Brexit and banishing the risk of a hard-left Labour government under Jeremy Corbyn.

Skeptics who argue that a Tory majority has its own risks overlook the increasingly debilitating effect of this endless uncertainty over Brexit. Data out Tuesday showed U.K. mortgage approvals fell to their lowest in seven months, and the Bank of England earlier this month identified the “domestic impact of Brexit-related uncertainties” as one of the chief reasons for a “material” slowdown in the U.K. this year.

But the U.K. is still the worst performing market in Europe both this year and on a three-year view, for good reason.

A Conservative majority – to which most U.K. bookmakers ascribe a probability between 60%-70%, would almost certainly lead to the country formally leaving the European Union within a month or two. That would finally rule out the prospect of remaining, which the overwhelming majority of economic analysis suggests is the most positive for the U.K.’s long-term economic future.

It would not, however, settle the degree to which the U.K. would remain aligned with the EU. Here too, the government’s own analysis sees big variations in long-term economic outcomes, with the most favorable – close alignment with the EU’s standards and trade policy – at odds with a political dynamic pushing for a more distant relationship.

By contrast, a Conservative defeat would most likely lead to a hung parliament and a second referendum – another few months of uncertainty in which the optimal long-run outcome is kept alive, but with no guarantee of success.

Jim O’Neill, chairman of the Royal Institute of International Affairs, said on Tuesday that any relief rally in U.K. assets on the back of a Conservative election win would soon run into headwinds “by February or March”, because the proposed transitional period following Brexit is still set to expire at the end of 2020. That leaves the U.K. with no time to negotiate a comprehensive trading arrangement with the EU.

But while the top-down analysis is inevitably still gloomy, the bottom-up effects are much rosier. Individual stocks such as utilities would have the risk of renationalization removed, and all domestic-consumption themed stocks would logically seem poised to benefit from the big increase in budget spending that the Tories are promising to cushion the Brexit blow.

The bottom line: nothing is certain, and everything is possible. Nice if you like to trade risk, but still a horrendous backdrop for seeking long-term value.