Home
Stocks
The Tell: When do markets close for Thanksgiving?
Prev Article Next Article 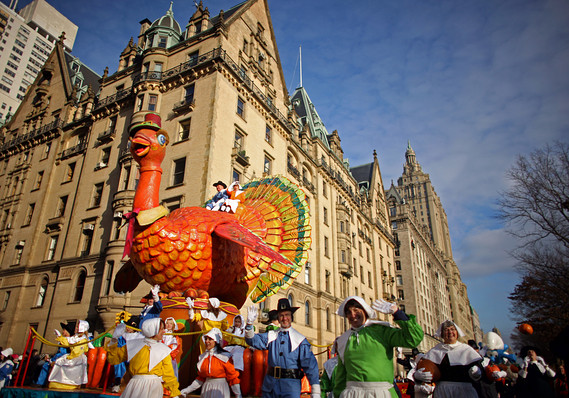 We can’t speak for “Friendsgiving,” but U.S. financial markets will be closed on Thursday as America feasts on turkey, pie, and football.

Markets aren’t just closed for Thanksgiving, they’ll also operate on a shortened schedule on Friday. Both the New York Stock Exchange and the Nasdaq will close at 1 p.m. Eastern on that day.

In a twist on the normal state of affairs, bond traders will have a longer workday on Friday than stock investors: the Securities Industry and Financial Markets Association, SIFMA, has recommended the bond market close at 2 p.m. Eastern on Friday.

The early close on Friday isn’t just to allow people time to hit Black Friday sales. It’s largely because so few people will be around. In fact, trading volumes on the days around Thanksgiving are usually skimpier than the losing end of the wishbone.

According to Dow Jones Market Data, trading on the NYSE during Thanksgiving week was 11.4% lower than the average of the rest of the year in 2018, while volumes on the Nasdaq were 14.5% lower.

Here’s hoping traders rest well this week. According to various pundits, the markets are about to get interesting. We’ll either end the year with a “Santa Claus rally,” or a lump of coal. For the year to date, the S&P 500 SPX, +0.75%  is up nearly 25%, while the Dow Jones Industrial Average DJIA, +0.68%  has gained around 20%.

Related: A brief history of trading hours on Wall Street