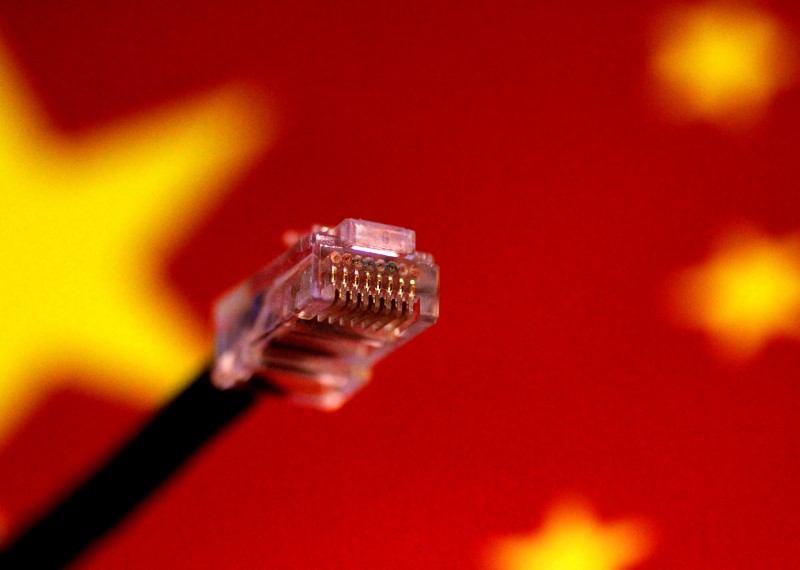 © Reuters. U.S.-China Ties Grow Stronger, If Only in the Bond Market

(Bloomberg Opinion) — Those who fear an impending cold war between the U.S. and China need only look to the bond market to see evidence of a potential thaw.

In the midst of a holiday-shortened week for American markets, China easily sold a record $6 billion of dollar-denominated bonds, accumulating $20 billion of investor orders that allowed it to tighten yield spreads for a lower borrowing cost, Bloomberg News reported. While hardly unexpected — this is the third straight time the country has borrowed in the U.S. currency around this time of year — it nevertheless sends a clear signal to global investors that the ongoing trade dispute with the U.S. isn’t going to stop China from integrating itself and local issuers into worldwide financial markets. And it likely suggests a limit to how far any sort of lasting tensions between the two largest economies can go.

China’s Ministry of Finance has said one goal of its dollar-debt sales is to help build a benchmark yield curve for Chinese issuers. That would serve two functions: It would allow its multi-national firms to raise funds in the U.S. currency more easily, while simultaneously giving Chinese banks a local option to allocate dollar deposits. Thanks to this week’s deal, which had portions due from three years to 20 years, China will have now have dollar debt that matures from 2022 all the way to a small portion in 2096.

It’s important to remember that China doesn’t need to do this. It has all the access to the greenback it would likely ever need in the form of its $1.1 trillion of U.S. Treasury holdings. Selling a sliver of its Treasuries would effectively serve the same purpose as a dollar-bond sale, only it would somewhat weaken the link between the two countries. Creating the foundation for a more robust dollar-debt market in China, on the other hand, does the opposite. Already, that market exceeds $740 billion, with sales in 2019 on pace to reach an all-time high.

Even at this massive size, Chinese dollar bonds (and those from other countries, too) are still ultimately subject to the whims of U.S. officials. Earlier this year, the Trump administration was reportedly discussing ways to limit U.S. investors’ portfolio flows into China, such as by delisting Chinese companies from U.S. stock exchanges and limiting Americans’ exposure to China’s market through government pension funds. They cited Beijing’s restrictions on the release of some financial information and unusual influence over private companies.

Many investors view such a move by the U.S. as mostly self-destructive, similar to how they react to any fear-mongering over China dumping its Treasuries and causing a sharp spike in yields. The vastly integrated financial markets, in other words, are seen as the red line that neither country will want to cross in a long-lasting standoff.

China’s further foray into dollar bonds only strengthens that thesis. For as much as the country throws its weight around, its financial system is simply nowhere near that of the U.S. The yuan is not a major foreign currency. Its bond market is comparatively underdeveloped and opaque, and, on top of that, S&P Global Markets predicts that onshore corporate-debt defaults will reach a record high in 2020. Relative to other developed-market economies, China lacks large institutional investors such as insurance companies and pension funds.

For those reasons, it’s questionable to conclude that the U.S. and China are truly in the “foothills of a cold war” that could morph into something worse than World War I, as Henry Kissinger described it earlier this month. For as far apart as the countries may seem on a range of issues, from trade to intellectual property and human rights, they’re pretty much as close as ever in the financial markets. It’s never a bad idea to follow the money.