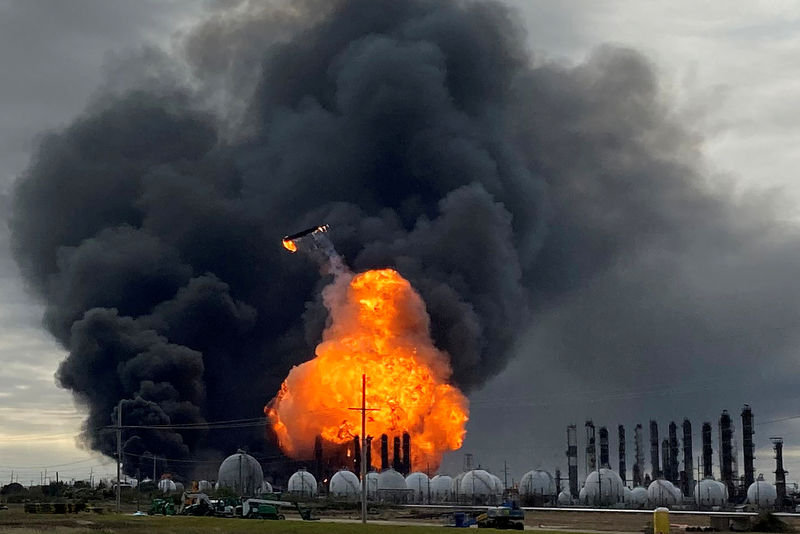 HOUSTON (Reuters) – The fire at a petrochemical plant that prompted thousands of people to flee from four Texas communities burned for a third day on Friday with officials huddling as investigations were launched.

The fiery blast at a TPC Group facility on Port Neches, Texas, on Wednesday injured three workers, blew locked doors off their hinges and was felt in communities far from the site. The plant makes chemicals used in production of synthetic rubber, resins and an octane-boosting component of gasoline.

Firefighting crews continued to battle the blaze on Friday, according to TPC, and local mayors, fire officials were called to a meeting with the region’s top executive. Federal and state investigators were searching for the cause of the blaze and a Texas pollution regulator criticized the spate of such fires.

About 60,000 residents in four communities near the site were ordered to leave their homes Wednesday afternoon when a major, secondary blast prompted fears of flames reaching large storage tanks of the petrochemicals.