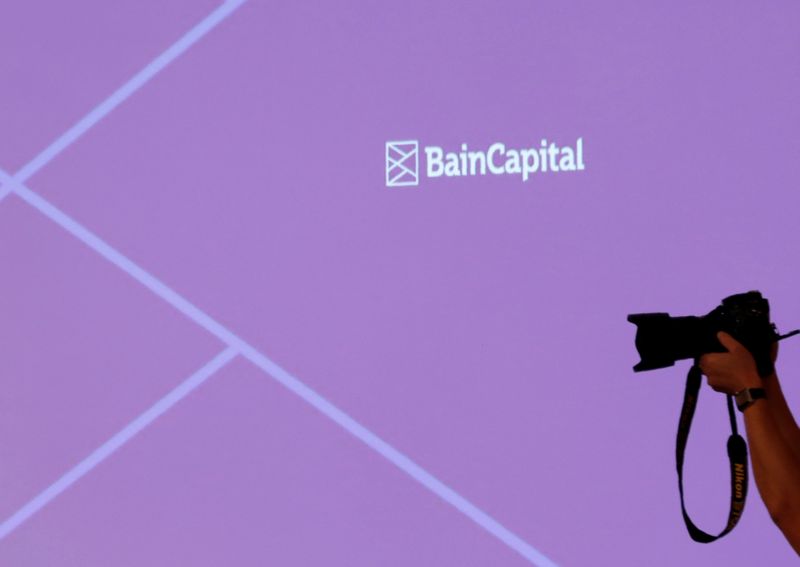 By Pamela Barbaglia and Stephen Jewkes

LONDON/MILAN (Reuters) – Bain Capital is close to finalizing a deal for a stake in IT services provider Engineering Ingegneria Informatica that would see the U.S. investor share ownership of one of Italy’s biggest technology companies, sources told Reuters.

The deal values Engineering at more than 1.5 billion euros ($1.65 billion) and is in the final stages of negotiations, four sources familiar with the matter said, speaking on condition of anonymity.

If successful, Bain will become the biggest investor in the Rome-based IT company in tandem with NB Renaissance Partners, an investment platform backed by New York-based Neuberger Berman.

The pair first invested in Engineering in 2016 and is now expected to part ways, with Apax selling its stake to Bain, the sources said.

Founder Michele Cinaglia still owns 12% of Engineering and will remain invested, one of the sources said.

Neuberger Berman is in the process of raising 1 billion euros for its third Italy-focused buyout fund, sources had said.

The fund, dubbed NB Renaissance Partners III, is seeking deals in the eurozone’s third-largest economy in sectors that include industrials and technology.

Apax kicked off the sale earlier this year in a bid to take advantage of the company’s positive performance and high growth rate following a series of bolt-on deals including the recent purchase of cybersecurity firm Cybertech.

Bain is finalizing the governance terms with NB Renaissance while also ironing out the financial details of the deal, two of the sources said.

Bain has emerged as the most motivated bidder for Engineering having trumped rival proposals from European private equity firms Cinven, PAI and Intermediate Capital Group (ICG) which initially expressed interest in a possible investment but subsequently walked away, several sources said.

Engineering, founded in 1980 and led by Paolo Pandozy, is valued at roughly 10 times its estimated core earnings of 160 to 170 million euros in 2020, representing a final top-range price in excess of 1.6 billion euros, two of the sources said.

The company employs around 11,000 staff in 65 locations across Europe, the United States and South America. It reported a 20% rise in adjusted core earnings last year which hit 147.2 million euros while revenue was up 15% to 1.18 billion euros.