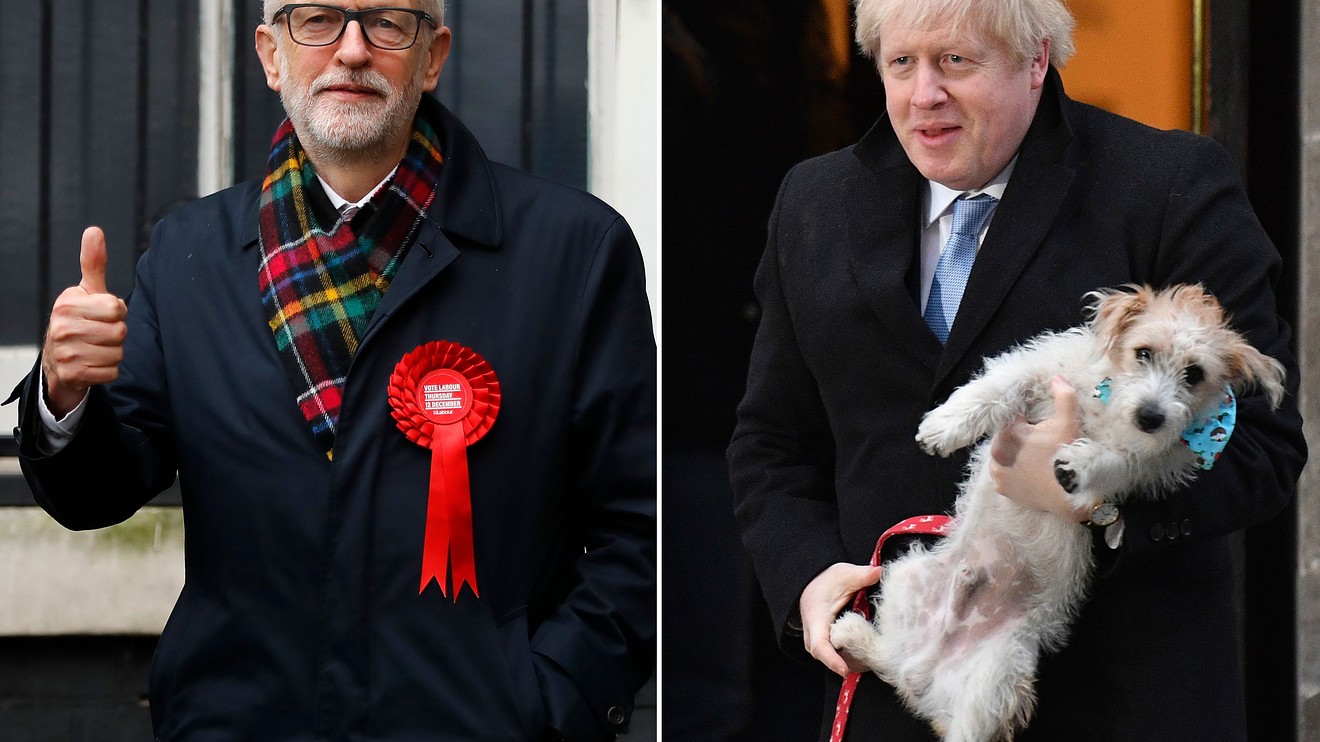 The pound is surging after exit polls suggested an 86-seat majority for Boris Johnson’s Conservative Party.

The poll, which is still only a prediction, has the Conservatives winning 368 seats and Labour suffering heavy losses and having 191 seats.

Sterling GBPUSD, +2.2941%   surged close to 2% after the polls came in at 10pm GMT – reaching $1.3467. The results themselves will trickle in over the next few hours but if Conservatives secure such a majority it would give Johnson the ammunition to get a Brexit deal through Parliament.

Neil Wilson, analyst at Markets.com said: “The exit poll shows a whopping victory for the Conservatives and the perfect result for the market and for business. Markets hate uncertainty but they would have hated a Corbyn government a lot more.

“Despite the sterling strength FTSE futures are holding firm – a sign that the market likes this result.”

A strong pound would typically send FTSE 100 futures lower as the index is largely made up of big overseas earners.

Edward Park, deputy chief investment officer at investment manager Brooks MacDonald said “Brexit sensitive” stocks would rally on Friday if the exit polls proved correct. However, he predicted “continued support rather than an exuberant rally” as a Conservative victory has already been priced in.

He said: “The gains seen amongst Brexit sensitive sectors, such as housebuilders and retailers, in the last 3 months should be extended as trading opens on Friday. In turn those multinational UK sectors that have predominantly US dollar or Euro revenues, such as resource companies, are likely to underperform as the sterling rally reduces the value of foreign earnings.”

The pound has had a volatile few days – and indeed weeks – leading up to the election.

Sterling rallied to $1.32 on Wednesday on increased confidence of a Boris Johnson victory but dropped back to $1.313 on Thursday as the final poll suggested the election would be a close call. The currency then enjoyed a late rally to $1.317 ahead of the exit polls as investors remained cautious.

The pound has been up and down in recent weeks as investors react to election polls with two fears in mind: a Labour government under Jeremy Corbyn, who has pledged to nationalize major industries and raise taxes on higher earners, and a no-deal Brexit. When it looks like the Conservatives will win a substantial majority—allowing Johnson to get a Brexit deal approved by MPs—the currency has strengthened, while polls hinting at a Labour fightback have had the opposite effect.

In the event a strong Conservative majority, analysts have said the pound could climb to $1.35 or higher as Johnson would have the tools to secure a Brexit deal.

However, the prospect of a hung parliament (where no party reaches the 326 MPs needed for a majority), a slim Conservative majority – raising the risk of a no-deal Brexit – or a Labour majority has kept a lid on the pound.

Analysts expect a hung parliament to send the pound towards $1.28.