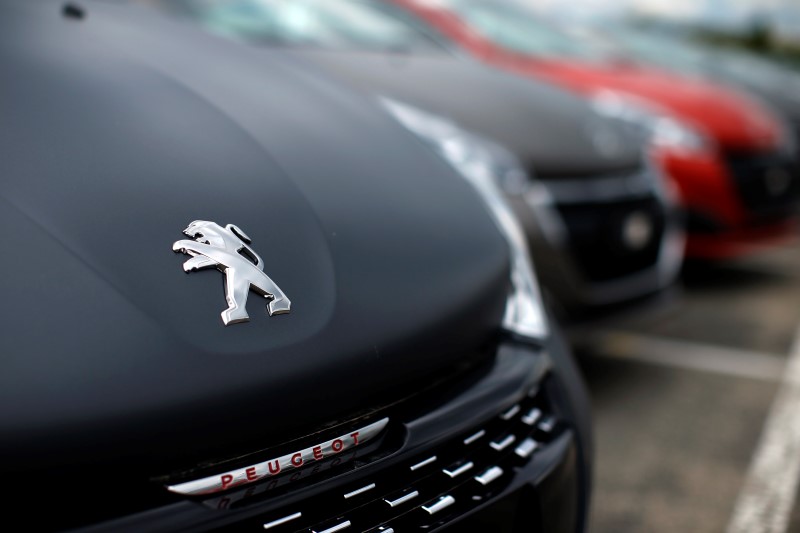 Investing.com — Peugeot (PA:) and Fiat Chrysler (MI:) both rose in early trade Wednesday after confirming their agreement to merge in a deal that will create the world’s fourth-biggest automaker.

The all-share deal remains much as it was at the time of its first announcement at the end of October, suggesting that the French group wasn’t too bothered by perceptions that FCA’s shareholders got the better of the initial valuations. FCA will pay its shareholders a special dividend of 5.5 billion euros ($6.1 billion) before getting fully half of the merged entity.

Peugeot’s stock is still down some 10% from immediately before the announcement in October, a reflection of the fact that while the deal’s logic is impeccable, the valuation left something to be desired. FCA’s stock, by contrast, is up 16% from the undisturbed price, despite the headwinds generated by a legal action from General Motors (NYSE:) announced in the meantime.

Wednesday’s announcement did add some fresh insights into how the group will balance the interests of its biggest shareholders – on FCA’s side, the Exor holding company of the Agnelli family, and on PSA’s side, the French state and Dongfeng Automotive.

Under the proposed by-laws of the combined company, no shareholder would hold over 30% of the overall voting rights, and there will be no automatic carryover of the existing double voting rights exercised by the French government. However, new double voting rights will accrue after a three-year holding period after completion of the merger, something that will bolster the position of strategic shareholders vis-à-vis the free shareholders, but not against one another.

Moreover, Dongfeng will pare its shareholding to 4.5% of the combined group by selling 31 million shares back to Peugeot. They’ll be cancelled before the deal closes. There was no mention of a lockup for Dongfeng after the deal completes, although Exor and the Peugeot family will be subject to a three-year lock-up.

Importantly, the groups haven’t changed their estimate of 3.7 billion euros in synergies from the deal, almost half of which will come from building over two-thirds of their vehicles on just two basic vehicle platforms. It expects one-off integration costs of 2.8 billion euros.

The two groups repeated that that estimate is based on the assumption of no plant closures, although it did not specifically promise not to close any plants. Speculation has swirled around the plants that Peugeot bought from General Motors (NYSE:) two years ago, notably those in the U.K., which are soon to find themselves on the wrong side of the EU’s customs posts.

Elsewhere, European stocks were broadly mixed. The benchmark was up 0.3, recovering from Tuesday’s Brexit-related shock, while Germany’s fell 0.1% despite the index rising to its highest in six months, adding to signs of stabilization in Europe’s largest economy. The U.K. was up 0.2%, led by the international names that profit from sterling weakness.