Home
Stocks
Will 2020 be a good time to buy a house? Here’s what the experts say
Prev Article Next Article
This post was originally published on this site 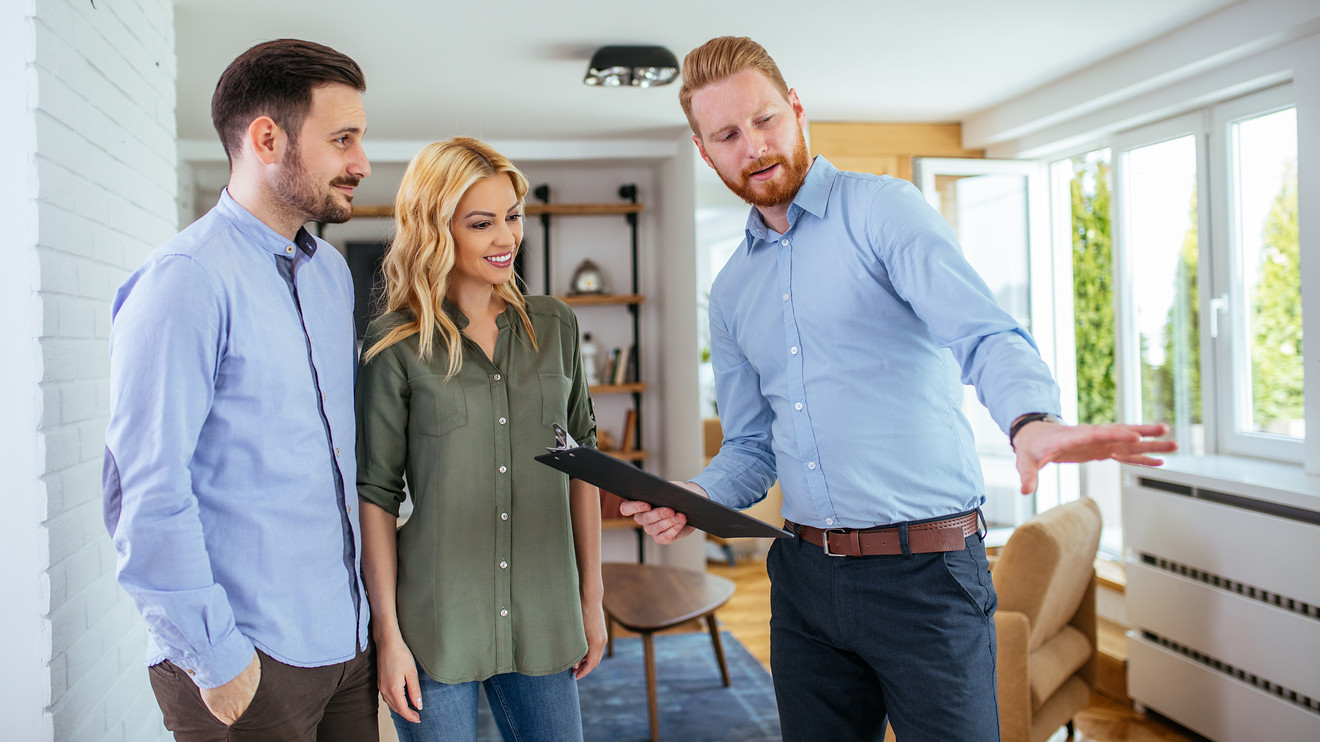 Economists say that 2020 will be a positive — though not exactly stellar — year for the housing market. And that could be good news for renters and home buyers alike.

“If interest rates go up 100 basis points, we’ll be off,” Doug Duncan, chief economist at Fannie FNMA, +4.81%   said. “When you sign on the bottom line your willingness to be a forecaster, that’s what you’re signing up for.”

If the past year is any indication, predicting the housing market’s trajectory a year or more out can be something of a fool’s errand. At this point in 2018, mortgage rates had just hit their highest level in years and seemed poised to crack the 5% threshold in 2019.

‘Forecasts usually start positive and upbeat at the beginning of the year, and then you’ll see them moderate by the end of it.’

As a result, many economists expected something of a repeat of the “taper tantrum” of 2013. Back then, Federal Reserve President Ben Bernanke indicated that the central bank would buy fewer bonds and hike rates, which caused the 10-year Treasury TMUBMUSD10Y, +2.05%  and mortgage rates both to jump and home sales to fall precipitously.

Forecasts Fannie Mae and the Mortgage Bankers Association made this time last year, for instance, expected housing activity including sales and new construction to drop year-over-year during the first quarter of 2019 in response to higher mortgage rates, but then to improve as the year went on and Americans acclimated to higher rates.

“Housing people are the most optimistic people, but it takes a lot of optimism to buy a house and tie up your income for 30 years,” said Nela Richardson, investment strategist at Edward Jones.

“Forecasts usually start positive and upbeat at the beginning of the year, and then you’ll see them moderate by the end of it,” Richardson, who previously was the chief economist at national real-estate brokerage Redfin RDFN, +2.34%, told MarketWatch.

Also see: This is where rents have increased the most over the last decade. Hint: It’s NOT New York or San Francisco

The forecasters were only partly right: in the first half of 2019, mortgage rates remained high by recent historical standards, and that did cause a slowdown in sales — one that was more pronounced than experts projected. But mortgage rates dropped through most of the year until September when they reached a nearly three-year low.

While the drop in rates did give home sales a boost, current estimates suggest they will still fall short of economists’ 2018 predictions. Home construction activity, however, is poised to exceed what experts had projected.

Here is what the experts predict will happen in the housing market in 2020:

Mortgage rates should stay below 4%, but don’t expect them to decrease much

The vast majority of housing economists project that mortgage rates will remain below 4% in 2020.

The Federal Reserve has indicated that it will be in a holding pattern for the foreseeable future. While the Fed’s view on the state of the U.S. economy has improved since it cut rates back in October, Chairman Jerome Powell signaled that the central bank will not hike rates until there is a sustained increase in inflation. (While the Fed does not directly control interest rates for home loans, the mortgage market tends to price in the central bank’s expected moves.)

Further making an increase in interest rates unlikely is the fact that globally, central banks have been cutting rates rather than raising them, said Doug Duncan, chief economist at Fannie Mae. “That takes a while to work its way through the system,” he said, adding that “nobody is talking about tightening.”

Continued low mortgage rates would be good news for renters, according to Skylar Olsen, director of economic research at Zillow ZG, +2.41%  . More people will be able to afford to buy a home if mortgage payments remain affordable – in turn reducing competition for rental units. “Low rates will encourage more renters to pursue homeownership, further boosting overall homeownership rates that have been on the rise since 2016,” Olsen wrote in her 2020 forecast.

However, a potential trade deal between the U.S. and China presents some upside risk to rates. Were the two countries to ink a substantial deal early next year, markets could improve. That in turn could fuel increased inflation, which might prompt the Federal Reserve to hike rates as it attempted to do earlier in 2019. If that were to happen mortgage rates could go up — and depending on how much they increase, that could alter economists’ other projections.

Home builders will keep on constructing…

Home builders are poised to close out 2019 on a high. The National Association of Home Builders reported that builder confidence has reached the highest level since 1999. And housing starts and permitting activity continued to increase through November, the latest month for which data is available. Low mortgage rates are a major factor working in favor of increased construction.

Another contributor: Baby boomers. As this generation retires, many are looking to downsize to retirement communities, prompting more construction activity in that space. At the same time, as many boomers choose to “age in place” and stay in their existing homes, a significant share of the inventory of existing homes remains tied up.

‘Were we to have a recession, I’d argue housing would provide a cushion.’

“Were we to have a recession, I’d argue housing would provide a cushion because the shortage of supply at the entry-level suggests builders could actually continue to build,” Duncan said.

One bit of good news for buyers: Builders are starting to shift more and more toward building fewer luxury homes and more entry-level properties.

“Homebuilders are getting smart about how to delight millennials in order to reduce pain points,” wrote Ken Leon, director of equity research at CFRA Research. “The industry is shifting to entry-level homes with more open space.”

Read more: These housing markets will feel the biggest impact from the ‘Silver Tsunami’

…but the supply of homes for sale will remain seriously low

“Historically when you look at homebuilding we’ve needed about 1.1 to 1.2 million new homes to keep up with demand,” said George Ratiu, senior economist at Realtor.com. “We’re well below that.”

Research has suggested more inventory could open up in certain parts of the country as baby boomers pass away or downsize in the years to come. But that additional inventory isn’t necessarily where the jobs are. Indeed, many companies in cities like San Francisco and Seattle have invested significant resources into affordable-housing initiatives to help their employees afford housing near their jobs.

(Realtor.com is operated by News Corp NWSA, +1.20%   subsidiary Move Inc., and MarketWatch is a unit of Dow Jones, which is also a subsidiary of News Corp.)

In the end, the low supply of homes will prevent 2020 from being a breakout year for the housing industry, Duncan said. “It’s not going to be gangbusters because there’s not enough supply for it to be gangbusters,” he said.

Realtor.com has projected that the total volume of home sales will fall in 2020.

But Realtor.com has projected that sales will actually drop in 2020 in spite of robust buyer demand. They expect that the low supply of homes for sale may actually worsen because of moderating home price growth. With home prices reaching new highs in many markets and home price appreciation outpacing inflation and wage growth, many people simply cannot afford to buy homes currently. As a result, some economists expect that home prices will remain flat or even drop in some parts of the country, particularly along the coasts.

In turn, some people may decide to hold off on selling their homes in the hopes that home prices resume their upward climb, Ratiu said.

Away from the coasts though, some housing markets are poised to see more explosive growth in 2020, including Boise, Idaho, and Tuscon, Ariz.

Don’t miss: This is exactly how much housing speculation can affect household income and employment

More homes will be sold directly to real-estate companies

In recent years, one of the most significant trends in the housing industry has been the rise of so-called iBuyers. These companies — including Zillow Offers Z, +2.33%  , RedfinNow, Opendoor and Offerpad — use technology to make instant offers on homes, which they then buy directly from sellers before turning them around for a profit.

The model is meant to appeal to home sellers who want more flexibility (while creating a profit for the iBuyer itself.) “If the iBuyer makes an offer and you accept it, the company buys the house, fixes it up and sells it — on your schedule,” wrote Holden Lewis, Nerdwallet’s housing expert, in his 2020 projections round-up. “You don’t have to clean up and clear out for buyer showings. You pick a closing date that matches up with the purchase of your next home.”

There’s a drawback for consumers who do choose to go this route though: There’s a decent chance that the seller will offload their home for less than they would have gotten by offering it on the open market.

Nevertheless, a recent report from Redfin found that in nine markets across the Sunbelt region, iBuyers were the purchaser in 3% or more of all home sales. (Nationally, iBuyers are responsible for a fraction of a percent of all sales.)The iBuying companies are continuing to invest in their programs — Zillow announced recently that it had expanded to Los Angeles, the country’s second largest city and its 22nd iBuying market.

Analysts have argued that as this trend continues it could have a negative effect on the quality of certain housing metrics that rely on multiple-listing services for data collection, because iBuyer sales bypass those platforms entirely.