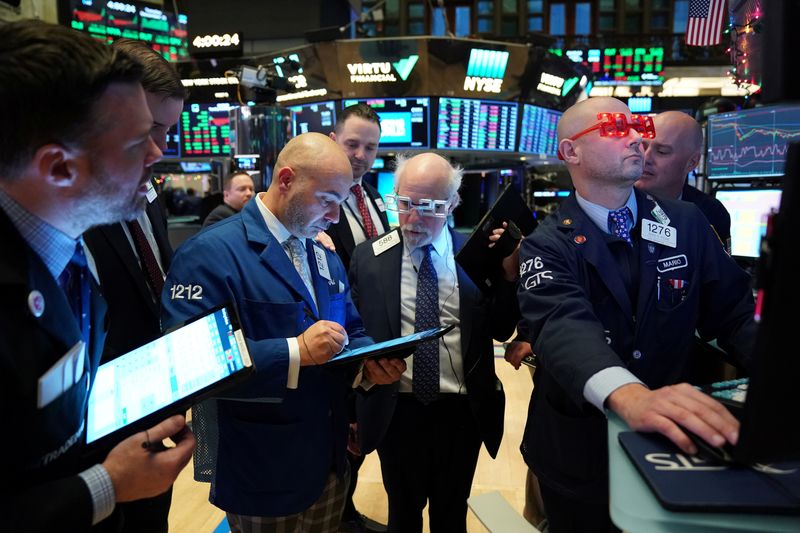 NEW YORK (Reuters) – Wall Street’s major indexes edged higher on Tuesday on a renewed rally fueled by trade optimism, capping off a decade of handsome returns in which the benchmark S&P 500 rose nearly 190%.

Both the S&P 500 and the Nasdaq notched their biggest annual percentage gains since 2013, while the Dow closed 2019 with its biggest yearly percentage gain since 2017. In 2019, the current bull run in U.S. stocks became the longest one on record as trade optimism, dovish monetary policy and an improving economic outlook fueled sharp gains.

On Tuesday, President Donald Trump said on Twitter that the Phase 1 U.S.-China trade deal would be signed on Jan. 15 at the White House, bolstering widespread expectations of a finalized preliminary agreement in early 2020. That development was offset, however, by news of violent protests outside the U.S. embassy in Baghdad.

“It helps to have two steps forward, one step back,” he said. “It helps sustain the rally.”

Volume was somewhat lower than usual, with 5.99 billion shares traded on U.S. exchanges, compared with the 6.84 billion average for the full session over the last 20 trading days.

U.S. stock markets will be closed on Wednesday for New Year’s Day.

Advancing issues outnumbered declining ones on the NYSE by a 1.81-to-1 ratio; on Nasdaq, a 1.64-to-1 ratio favored advancers.