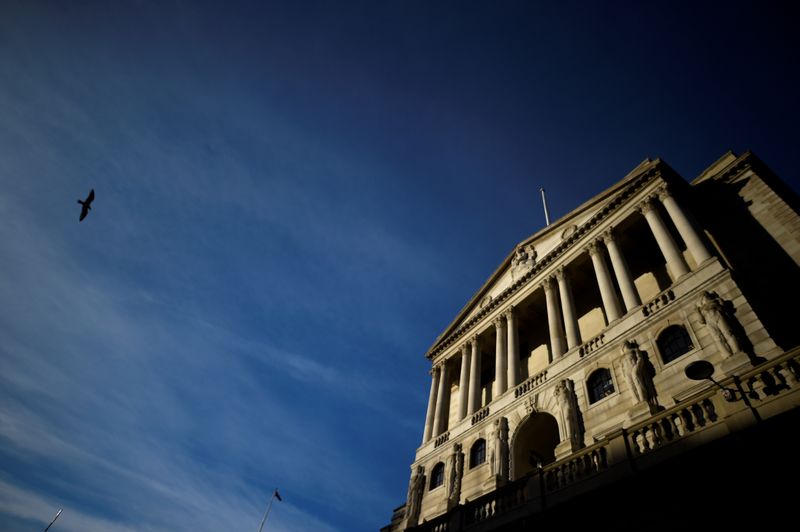 © Reuters. FILE PHOTO: A bird flies past The Bank of England in the City of London

LONDON (Reuters) – Britain’s financial regulators said on Tuesday they will transform their data crunching capabilities over the coming decade to spot problems in banks and markets earlier.

Banks and insurers must report a wide range of data, such as how much capital and cash they hold and exposures to risky instruments like derivatives.

Data collection has grown sharply since regulators failed to spot a global financial crisis in the making a decade ago.

The Bank of England and the Financial Conduct Authority (FCA) published plans to obtain data more efficiently from banks, insurers and investment firms, and to analyze the data better to predict, monitor, and respond to issues.

“Recent developments in technology should allow us to improve how we collect data from firms, making reporting more timely, more effective and less burdensome for firms,” said Sam Woods, deputy governor at the Bank of England.

The FCA said it wants to transform itself into a “highly data-driven regulator”.

The BoE is setting itself a decade-long timeline for the “substantial challenge” of reforming data collection so that it could explore “more radical changes”.

There would be no “one-size-first-all” solution, the BoE said in a nod to lawmakers who want less burdensome rules for smaller banks to encourage competition.

Consultants McKinsey estimated last year that regulatory reporting by UK banks cost them 2 billion to 4.5 billion pounds annually as they fill in mandatory forms that could each contain thousands of data points.

John Liver, a UK financial services partner at consultants EY, said automated collection could cut costs. “The path to transformation will require considerable effort… but the potential rewards are very significant,” he said.

The BoE set out ideas for reforming data collection in a discussion paper and will respond to feedback later in the year.

Changes could include more detailed common data inputs and modernizing how the BoE writes reporting instructions, such as by using computer code instead of everyday language.

Another solution could be to introduce a ‘pull model’ that would allow the BoE to query certain data held within firms and generate reports on demand, the BoE said.