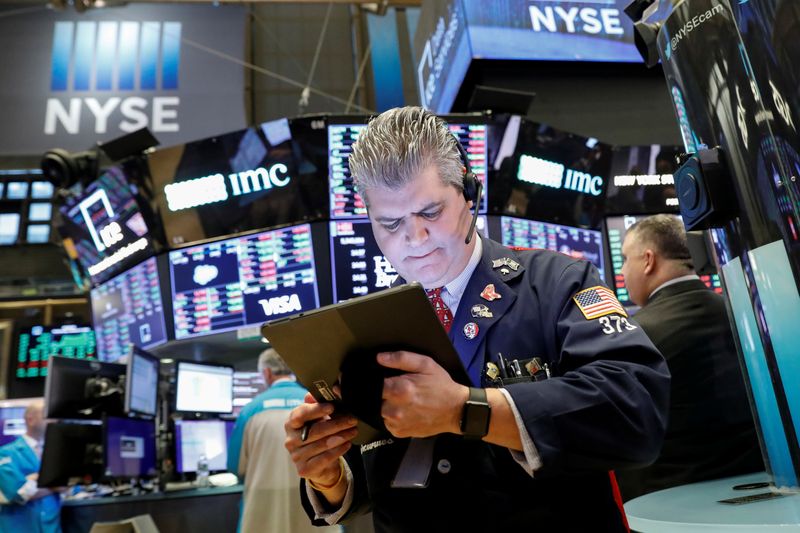 Apple gained on twin support from data showing iPhone sales jumped more than 18% in China in December as well as a price target hike by Jefferies on exceptions of a strong finish to 2019.

Cowen Equity Research raised its price target on Alphabet, Facebook, and Twitter (N:) after its survey of U.S. ad buyers showed upbeat spending in 2020. Technology stocks () rose 0.9%, the most among the major S&P sectors.

After a wobbly start to the new year on fears of an all-out conflict in the Middle East, nerves eased on Wednesday as Washington and Tehran looked to defuse the crisis after Iran’s retaliatory attack following the killing of a top general.

Further aiding the sentiment, China’s commerce ministry said on Thursday that Vice Premier Liu He will sign a Phase 1 trade deal in Washington next week, raising hopes that a prolonged tariff war between the two sides will come to a close.

“While geopolitical risks can trigger bouts of short-term volatility, investors should not ignore the recent improvements in selected economic indicators and earnings,” strategists at Eastspring Investments said in a client note.

“Should the nascent recovery in the global economy continue, further upside in global markets is still possible.”

After a better-than-expected private payrolls report on Wednesday, investors are awaiting Friday’s jobs report as well as fourth-quarter reports. Big U.S. banks will kick off the quarterly earnings season next week.

Earnings for the S&P 500 companies are expected to drop 0.6% in their second consecutive decline, according to Refinitiv IBES data.