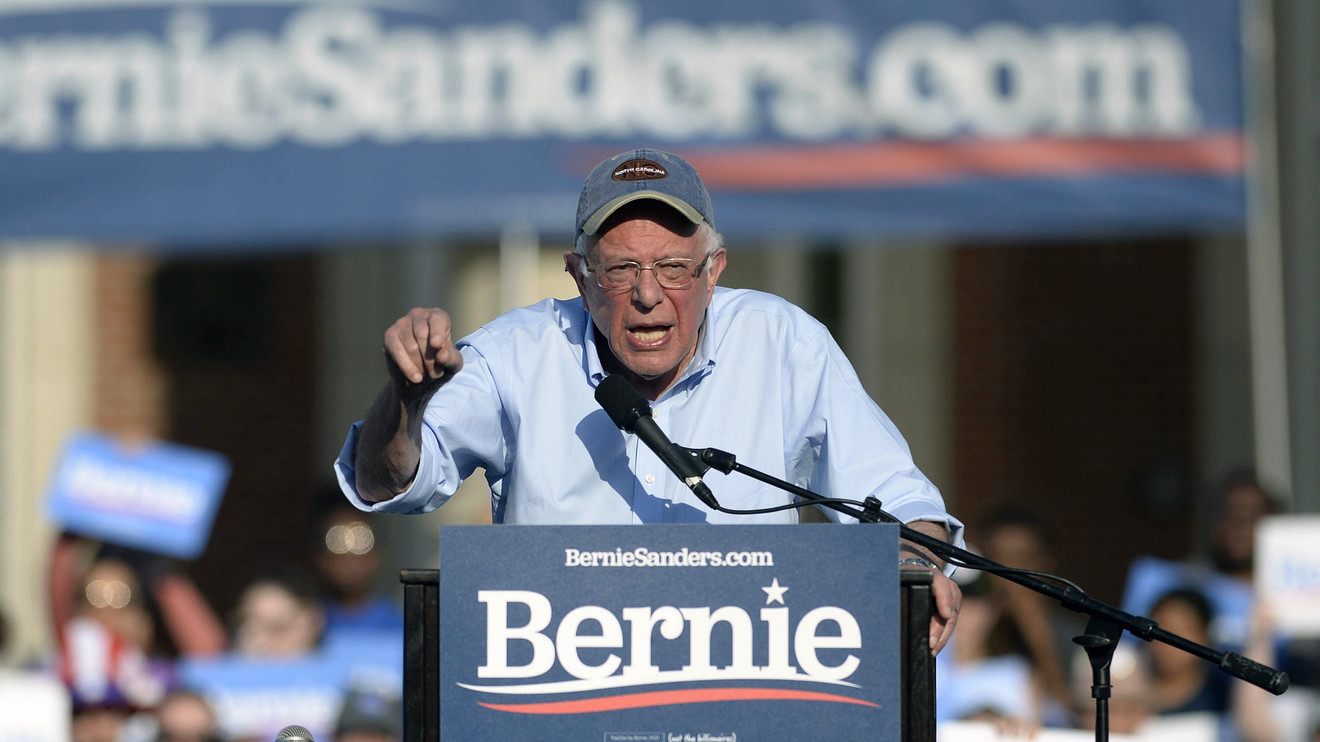 ‘You’ve got 500,000 people going bankrupt because they cannot pay their medical bills.’

“You’ve got 500,000 people going bankrupt because they cannot pay their medical bills,” Sanders, an Independent from Vermont, said. “We’re spending twice as much per capita on health care as do the people of any other country.” That estimate is on an annual basis.

Sanders added, “Look, we have talked about health care for all — in this country — for over 100 years. Now is the time to take on the greed and corruption of the health-care industry, of the drug companies, and finally provide health care to all through a Medicare-for-All single-payer program.”

How many people go bankrupt because of medical debt?

As the Washington Post reported, Sanders’ assertion that 500,000 people have gone bankrupt because of medical bills does not fully comport with the research his campaign has cited as the basis for this claim. His claim is based on research from Consumer Bankruptcy Project.

A 2019 study from this group, based on a survey of 910 people who had filed for personal bankruptcy between 2013 and 2016, found that medical issues contributed to 65.5% of bankruptcies. This included both medical bills for treatment and income lost due to illness.

When that percentage is applied to the total number of non-business bankruptcies nationwide, researchers say that as many as 530,000 families suffer bankruptcies in which medical issues were a factor.

Some researchers say estimates that 500,000 people have gone bankrupt over medical bills is flawed, as it does not reflect what happened to the millions of Americans who incur medical expenses, but don’t go bankrupt.

That percentage is roughly the same as before the Affordable Care Act became law, based on previous surveys carried out by the Consumer Bankruptcy Project. (Notably, Sen. Elizabeth Warren, another contender for the Democratic presidential nomination, was one of the researchers who contributed to those previous efforts back when she was a professor at Harvard University.)

Other researchers have argued that this approach is flawed, as it’s based solely on people as it does not reflect what happened to the millions of Americans who incur medical expenses but don’t go bankrupt.

To that end, a 2018 study published in the New England Journal of Medicine found that only 4% of bankruptcies among non-elderly adults were caused medical shocks related to hospitalization. Those researchers argued that missed work caused by illness or injury was a bigger problem than medical debt itself.

Either way, medical debt remains a problem for millions of Americans. A 2018 study published in Health Affairs found that one in six Americans had one or more past-due medical bills on their credit report, representing a total of $81 billion in health-care-related debt.

A 2019 study published in the Journal of General Internal Medicine found that roughly 137.1 million Americans had reported medical financial hardship in the past year.

A 2015 survey conducted by the Kaiser Family Foundation and the New York Times found that one-time medical events more commonly caused problematic bills, rather than chronic illnesses. Two-thirds of people who had trouble with a medical bill said it stemmed from something like a hospital stay or treatment for an accident, versus 33% who said their medical debt built up over time because of treating an ongoing illness or condition such as diabetes or cancer.

Insurance is a factor, as well. The 2018 Health Affairs study further found that medical debt was most common among 27-year-olds, the age at which children are no longer eligible for coverage under a parent’s health insurance plan based on the Affordable Care Act. The percentage of people with medical debt decreased as they got older — and as they became more likely to have health insurance.

How to avoid going into bankruptcy because of medical costs

While medical debt may often be caused by unforeseen expenses, there are nevertheless steps people can take to avoid letting it snowball to the point where declaring bankruptcy is necessary.

Build up savings: The Federal Reserve reported in 2018 that four in 10 Americans don’t have enough savings to cover a surprise $400 expense, although some have suggested this figure may be overblown.

Either way, the first place to start when working to avoid medical debt and bankruptcy is building up a rainy-day fund. The general rule of thumb is to have savings equivalent to six months’ worth of living expenses. Others say lower-income households should squirrel away approximately $2,400.

Don’t be afraid to haggle: Medical costs aren’t set in stone. It is possible to negotiate a bill down with a medical provider — particularly for low-income households. In some cases, hospitals may decide to write off a bill in the name of charity. Experts suggest recruiting a patient advocate or medical bill negotiator to help in the process if it’s feasible financially, since those professionals will have experience identifying medical expenses that could be adjusted.

Also read: This man will help you get out of expensive medical bills

If you have insurance, watch out for out-of-network providers: A New York City woman received a shocking bill totaling over $28,000 for medical tests a specialty-care clinic ran when she was sick. The reason for the high amount: The clinic and the laboratory were both out of network. This is also a problem when people visit hospitals — even when the facility itself is in network — because the professionals who work at it including physicians and anesthesiologists may not be.

When you’re rendered unconscious by an injury you might not be able to investigate whether a medical provider is in network, but in all other circumstances it’s important to ask these questions. If possible, get treatment from someone who is in network. Additionally, it’s good to verify what tests are being performed and why to weed out any unnecessary medical expenses.

Avoid putting big bills on plastic: The combination of a large medical expense and high credit-card interest rates can be a recipe for a never-ending debt spiral. In cases where you can’t pay for a medical expense in full at the outset, you should investigate whether you can sign up for a payment plan with the medical provider. Sometimes, these plans can be tied to your income to help ease the burden.

Payment plans from doctors and hospitals may carry interest and other fees, so it’s important to price those out. Another option for those with good credit could be opening a personal loan, which typically carries a lower interest rate than credit cards.