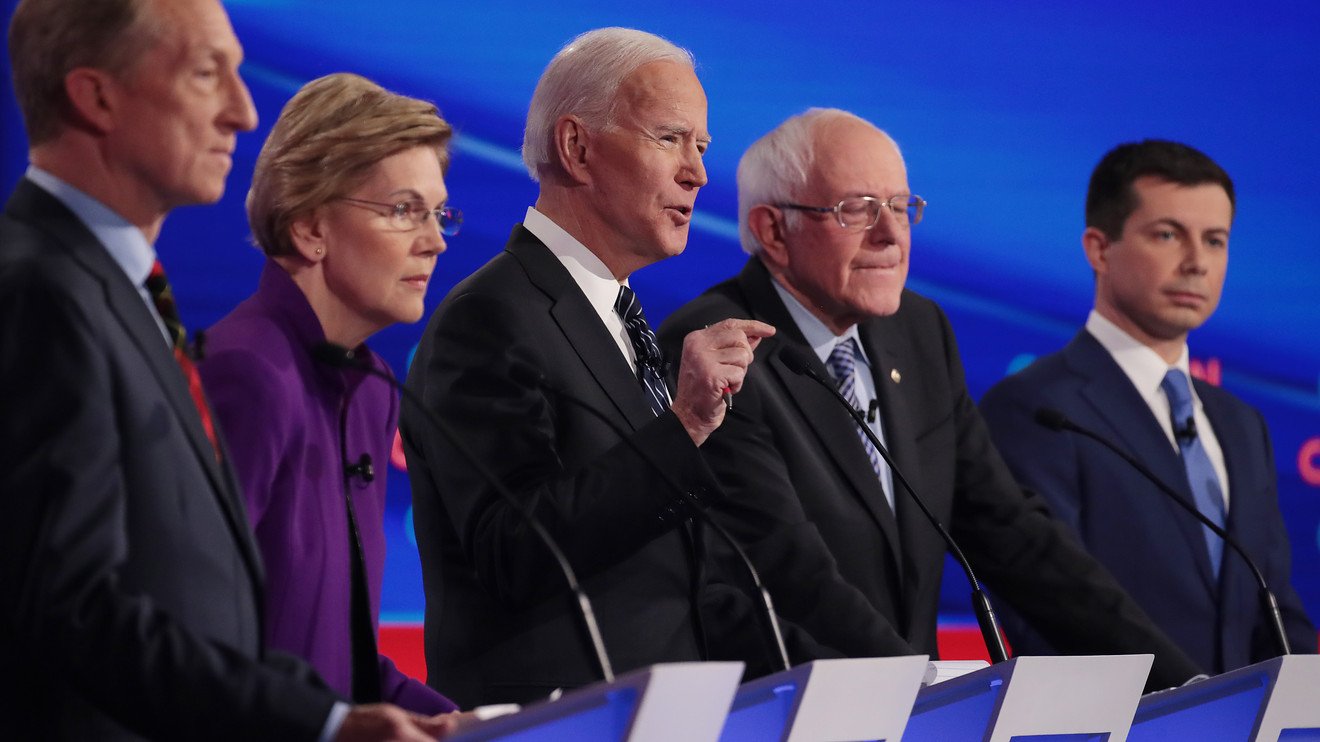 Aren’t the Democratic White House hopefuls worried about how President Donald Trump can take credit for the strong U.S. economy?

At Tuesday night’s primary debate in Iowa, several of the 2020 Democrats stressed that they were ready or even looking forward to going after the incumbent on this front.

“With regard to the economy, I can hardly wait to have that debate with him. Where I come from, the neighborhoods I come from, they’re in real trouble — working-class people, middle-class people,” said former Vice President Joe Biden, who is leading the Democratic field in national polls.

“I’d love that debate because the American public is getting clobbered. The wealthy are the only ones doing well — period,” Biden added.

And check out: Biden says he won’t sign trade deals without environmentalists and labor at the table

Earlier in the debate, billionaire Tom Steyer emphasized that Trump is “going to run on the economy,” and he said the Republican president is telling voters that the Democrats are “going to destroy the economy in 15 minutes if they get in control.” Steyer then noted that he spent 30 years building a business into a big international operation.

“Whoever is going to beat Mr. Trump is going to have to beat him on the economy, and I have the experience and the expertise to show he’s a fake there and a fraud,” Steyer said. “Look, Mayor Pete has three years as an analyst at McKinsey. I have 30 years of international business experience. I can beat Trump on the economy.”

“You demoted me. I was actually an associate, but that’s OK,” responded Pete Buttigieg, the former mayor of South Bend, Ind.

“It was not the biggest part of my career, but I am ready to take on this president on the economy, because I am from the exact kind of industrial Midwestern community that he pretends to speak to and has proven to turn his back on — and guided that community through a historic transformation.”

Trump has often tweeted about the low unemployment rate, the booming stock market SPX, -0.15% DJIA, +0.11%  and other signs of U.S. economic strength.