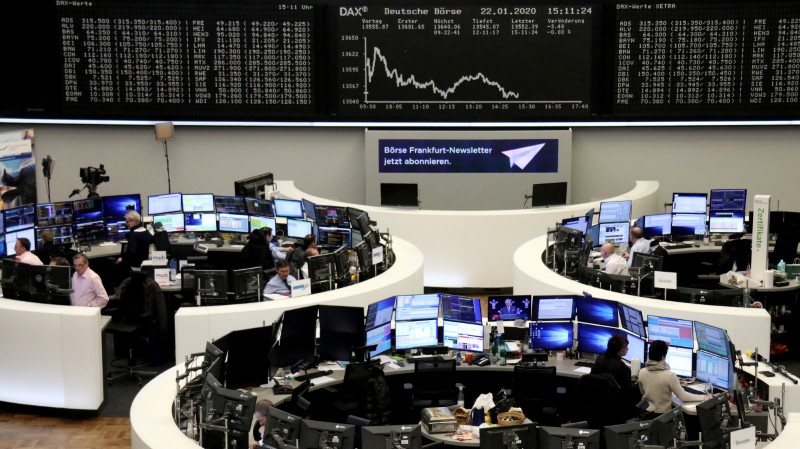 (Reuters) – European shares fell in early trading on Thursday, hit by worries over the spread of a new flu-like virus in China, with investors also bracing for the European Central Bank’s first policy decision of the year.

The pan-European STOXX 600 () index dropped 0.4% at 0806 GMT as the energy subsector () slipped 0.8%, tracking a slide in oil prices on concerns that the virus outbreak may dent fuel demand.

Auto stocks () hit fresh three-month lows after U.S. President Donald Trump threatened to impose high tariffs on imports of cars from the European Union if the bloc doesn’t agree to a trade deal.

While the ECB is expected to leave its monetary policy on hold, the bank’s president, Christine Lagarde, is set to launch a broad review of policy that is likely to see her redefine the central bank’s main goal and how to achieve it.

Among individual stocks, Apple-supplier STMicroelectronics (PA:) gained 4.6% and was the top performer on the benchmark index, after the chipmaker reported fourth-quarter sales and gross margin above the mid-point of its forecast.