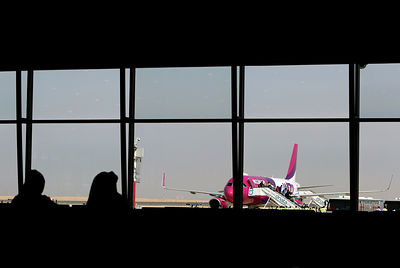 The FTSE 100 struggled for gains on Wednesday, weighed down by losses for oil companies and beverage maker Diageo, while investors looked ahead to the outcome of the Federal Reserve meeting.

U.S. stock futures climbed as investors focused on a heavy earnings reporting calendar and the Federal Reserve’s policy statement later, and attempted to brush aside concerns over the growing coronavirus outbreak. The death toll in China rose to at least 132 and the number of infected was close to 6,000.

British Airways, which is operated by International Consolidated Airlines Group, became the latest airline to restrict flights to China. The airline said all flights to the region have been canceled effective immediately. Shares of IAG, -0.27%  fell 0.7% in London trading.

Away from the main index, shares of Wizz Air WIZZ, +3.31%  jumped 3.4% after the cut-rate airline reported higher profit and lifted its guidance.

“Wizz’s dominant position in its core markets does limit the risk of people turning to a competitor, while its European focus should insulate it from the impact of China’s coronavirus on the travel sector, for now at least,” said AJ Bell investment director Russ Mould.