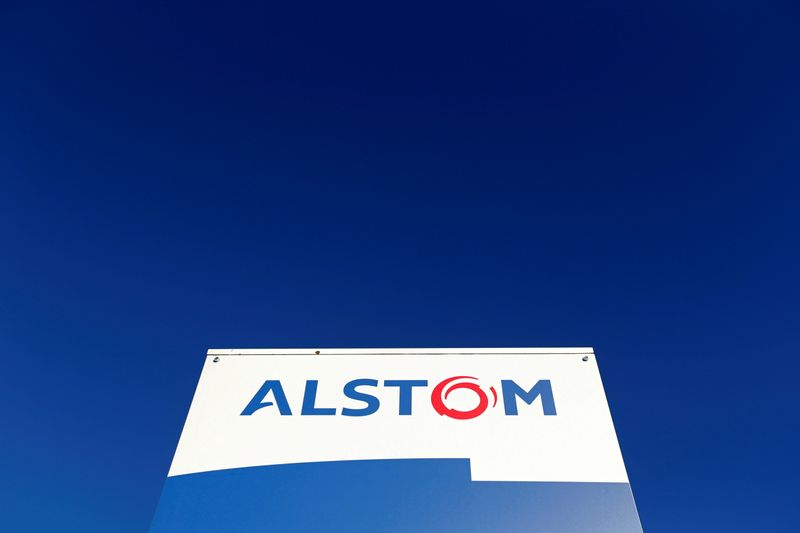 © Reuters. FILE PHOTO: A logo of Alstom is seen at the Alstom’s plant in Semeac near Tarbes

PARIS (Reuters) – Alstom (PA:) shares fell on Tuesday after the French firm agreed to buy the rail division of Canada’s Bombardier (TO:) for up to 6.2 billion euros ($6.7 billion), in a deal likely to be scrutinized by regulators and unions.

Alstom shares were down 4.4% in early session trading.

“We believe shares will now remain range bound amid the capital increase and uncertainty during a lengthy anti-trust process,” wrote analysts at JP Morgan, which cut its rating on Alstom to “neutral” from “overweight”.

The agreement between Alstom and Bombardier would unite companies with an estimated $17 billion in combined revenue.

A combination with Bombardier would give Alstom a share of between 40% and 60% of the European regional train market, according to estimates cited by union sources in France, well above Siemens at 10% to 20%.

Some analysts have said there could be less opposition to a deal this time as Alstom and Bombardier have a lower combined European market share in high-speed rail and signaling.

The companies have informally briefed EU antitrust regulators on the deal, sources familiar with the matter said.

“Since the European Commission has just recently looked at the transportation end of the market at the back of the Siemens-Alstom deal, Alstom believes the (Commission) already holds good knowledge of the sector and therefore expects a quicker approval,” Credit Suisse (SIX:) analysts said in a note, retaining a “neutral” rating.

French trade unions issued a statement on Monday saying an Alstom-Bombardier deal must not result in major job losses in France.

Germany’s IG Metall union called on the German government to look at the matter and raised concerns about a deal, saying it “would not accept any consolidation at the expense of Germany” should EU regulators allow the combination.

Germany’s state-owned rail company Deutsche Bahn is a big customer of both firms.

Alstom boss Poupart-Lafarge said on Monday the acquisition would not affect jobs and said he was confident of achieving antitrust approval.

Bombardier and Alstom expect the deal to close in the first half of 2021. Their agreement includes a 75 million-euro break fee.