Home
Stocks
85 in a 35? Hackers show how easy it is to manipulate a self-driving Tesla
Prev Article Next Article 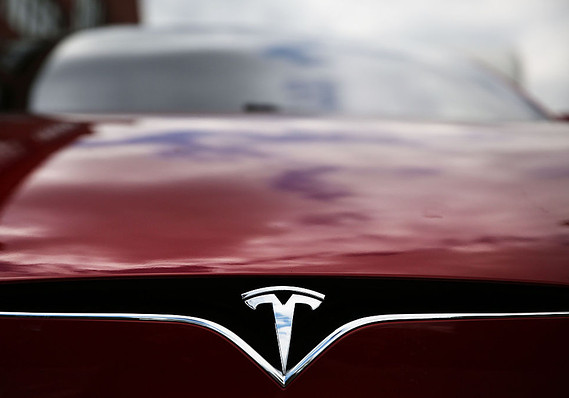 It only took a couple inches of tape.

Yes, two McAfee researchers, armed only with black electrical tape, managed to trick a 2016 Tesla TSLA, +8.65% into a dangerous burst of acceleration by changing a speed limit sign from 35 m.p.h to 85 m.p.h. Apparently, the problem has been fixed, but only with the newer Tesla models.

“What we’re trying to do is we’re really trying to raise awareness for both consumers and vendors of the types of flaws that are possible,” one of the researchers, who spent 18 months analyzing the vulnerability, told MIT Technology Review. “We are not trying to spread fear and say that if you drive this car, it will accelerate into through a barrier, or to sensationalize it.”

The Mobileye EyeQ3 camera used in the car was programmed to read speed limit signs and feed that information into autonomous driving features like Tesla’s automatic cruise control. A Mobileye spokesperson downplayed the findings and suggested to MIT that the sign would fool a human into reading 85, too.

“Autonomous vehicle technology will not rely on sensing alone, but will also be supported by various other technologies and data, such as crowdsourced mapping, to ensure the reliability of the information received from the camera sensors and offer more robust redundancies and safety,” Mobileye said.

Tesla, which has since moved to its own cameras, didn’t immediately respond to a request for comment. On its website, Tesla stresses that its autopilot technology is for “assistance” and shouldn’t be relied upon as a self-driving system.

“It does not turn a Tesla into an autonomous vehicle, and it does not allow the driver to abdicate responsibility,” the company explains in an FAQ.

Meanwhile, Tesla’s stock continues to charge deeper into record territory. At last check, the shares were up about 3% to $930.