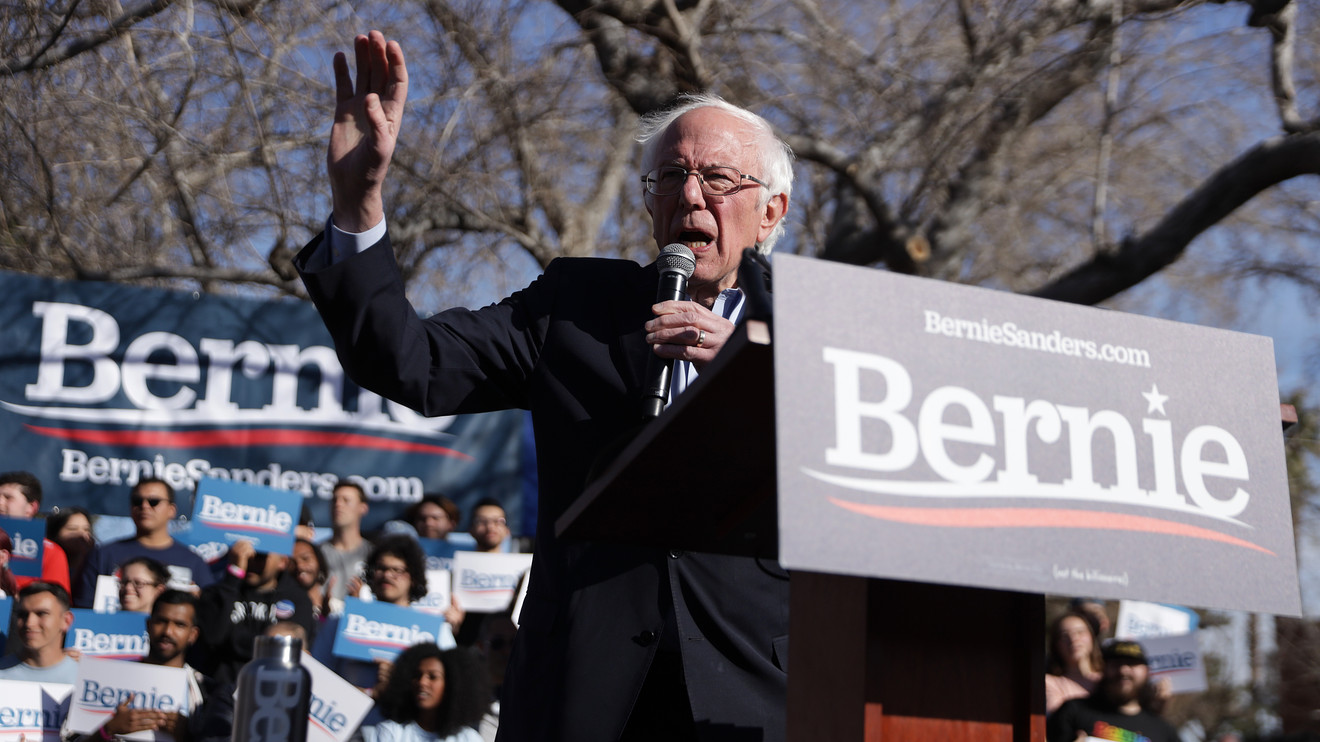 Sanders gets 32% support in the ABC News/Washington Post poll, ahead of Biden at 17%, billionaire former New York City Mayor Mike Bloomberg at 14%, Sen. Elizabeth Warren of Massachusetts at 11%, former South Bend, Ind., Mayor Pete Buttigieg at 7% and Sen. Amy Klobuchar of Minnesota at 6%.

Other new national polls also show Sanders pulling away from Biden, with a Wall Street Journal/NBC News poll putting him at 27% support vs. the former veep in second with 15%. Bloomberg and Warren each get 14%, and Buttigieg, 13%.

The encouraging polling for Sanders comes ahead of a primary debate that’s slated to take place at 9 p.m. Eastern Time Wednesday in Las Vegas. Bloomberg is due to make his first appearance at a 2020 presidential debate, facing off against Sanders, Biden, Warren, Buttigieg and Klobuchar.

Related: Reactions to Bloomberg’s plan to curb Wall Street: ‘He’ll need this for the debate’

And read: How Bloomberg and Steyer’s money dwarfs the other 2020 Democrats’ war chests — in one chart

“Sanders continues to consolidate the progressive wing as Warren declines,” said Height Capital Markets analysts in a note on Tuesday.

“The real test of each candidate’s muster will likely come this Saturday (Feb. 22) when the Nevada caucuses are held. Nevada is far more diverse than either Iowa or New Hampshire and better reflects the broader Democratic Party.”

Also see: Not one S&P 500 CEO is donating to Bernie Sanders