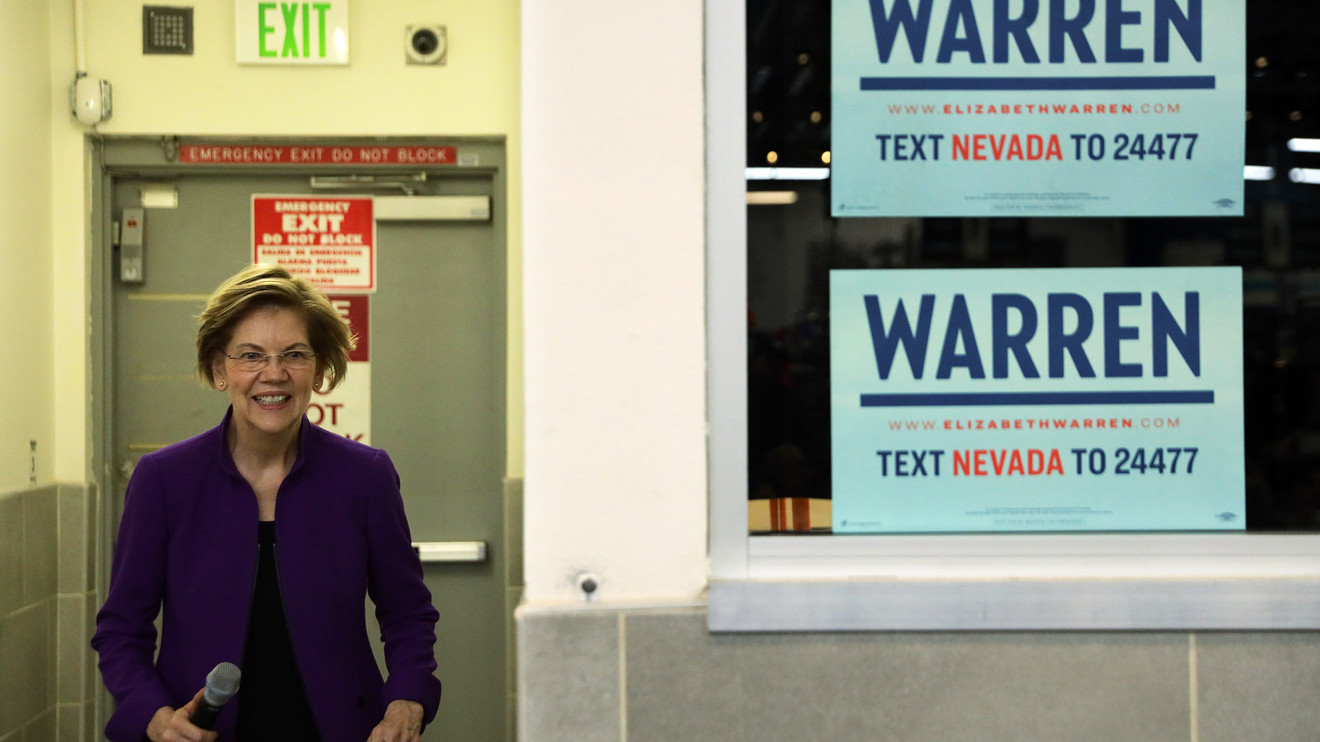 Sen. Elizabeth Warren of Massachusetts has become the latest Democratic presidential hopeful to get the support of a super PAC, after previously criticizing this type of big-money organization.

The development means that Mike Bloomberg looks set to be the only participant in Wednesday night’s Nevada primary debate who isn’t getting support from one of these independent political action committees. Instead, the billionaire former New York City mayor is self-funding his campaign and setting records with his spending.

Related: How Bloomberg and Steyer’s money dwarfs the other 2020 Democrats’ war chests — in one chart

During a Feb. 7 Democratic debate in New Hampshire, Warren had repeated her past criticism of super PACs, saying: “Everyone on this stage, except Amy and me, is either a billionaire or is receiving help from PACs that can do unlimited spending.”

Warren is now getting help from the Persist PAC, which filed paperwork with the Federal Election Commission on Tuesday, while Sen. Amy Klobuchar of Minnesota last week started to get support from a Kitchen Table Conversations PAC.

The Warren campaign on Wednesday said her position on super PACs “hasn’t changed,” adding that she has “made clear that she thinks all of the candidates should lock arms together and say we don’t want super PACS and billionaires to be deciding our Democratic nominee.”

Related: These are the basics of campaign finance in 2020 — in two handy charts

Meanwhile, former Vice President Joe Biden is getting help from a Unite the Country PAC, former South Bend, Ind., Mayor Pete Buttigieg is benefiting from efforts by a VoteVets PAC, and Sen. Bernie Sanders of Vermont is getting support from a super PAC tied to National Nurses United, as well as from the 501(c)4 organization Our Revolution.

Also: Trump, Bloomberg taunt each other as ex-mayor prepares for debate