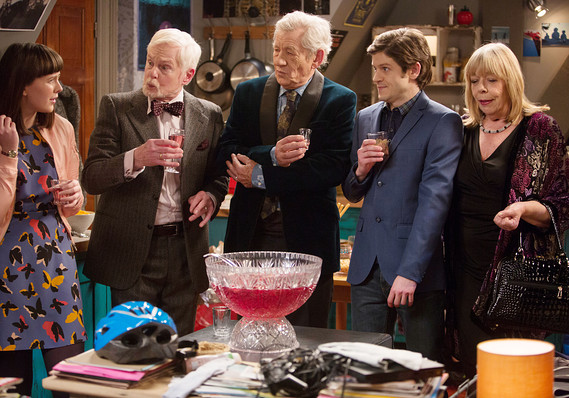 “Earnings don’t move the overall market, it’s the Federal Reserve Board… focus on the central banks, and focus on the movement of liquidity… most people in the market are looking for earnings and conventional measures. It’s liquidity that moves markets.”

That was famed investor Stanley Druckenmiller, speaking in 2015 about the most important lessons he’d learned throughout his career.

But it’s also a good way to frame the current moment, in which investors are buying everything in sight, even as the marathon-length U.S. economic expansion gets jolted by massive unknowns. As research firm DataTrek put it in a note out Wednesday, “Increasing market confidence in Fed rate cuts this year and lower structural interest rates are offsetting investor concerns over corporate profitability.”

Investors are looking past the Fed’s guidance, first articulated in December and reiterated in January, that it would likely keep interest rates unchanged throughout 2020. Fed funds futures put the odds of a Fed rate cut in the first half of the year at over 50%, up from 14.7% a month ago, when the coronavirus first emerged as a threat to markets, noted DataTrek co-founder Nicholas Colas.

“The odds that the Fed will cut rates at some point in 2020 are now 84.5%, up from 53.9% a month ago,” Colas wrote. “We came into the year with some concerns about a slowing US economy, but now markets are almost certain that the coronavirus will force the Fed’s hand.”

Bond market investors are also increasingly coming around to the view that inflation and rates will be lower for longer as investors flock to haven assets. DataTrek shared a chart showing that the benchmark 10-year U.S. Treasury note TMUBMUSD10Y, -0.11%   was yielding 1.55%, less than the inflation rate implied by Treasury Inflation Protected Securities.

Why does that matter?

“Uncertainty over first-half 2020 corporate earnings continues to grow,” Colas noted. Apple Inc. AAPL, +1.51%   has been one of the highest-profile companies to warn of a profit hit from the outbreak, but it certainly won’t be the last.

As previously reported, 138 of the 364 publicly-traded companies that have reported Q4 earnings through last Friday mentioned the coronavirus on their earnings calls, and of those, about a quarter have adjusted their guidance or otherwise estimated some sort of impact from the epidemic. Meanwhile, over the same period, Wall Street analysts have been adjusting their 2020 earnings forecasts down.

“Companies now have a chance to reset expectations lower because of the uncertainty around the effect of the coronavirus,” he wrote. “In an odd (but very real) way, that is a market positive since investors will treat Q1 (and perhaps Q2) as ‘throwaway’ quarters and look to 2H results as more indicative of underlying earnings power.”

That’s an ironic turn of events: last fall, DataTrek suggested that 2020 earnings could simply look better by comparison to 2019’s tepid growth.“2019’s no-growth earnings will make for easy [comparables] in 2020 if the U.S.-China trade war abates,” Colas said in November.

See: Inflation isn’t coming and the Fed’s job is about to get a lot harder, economist says