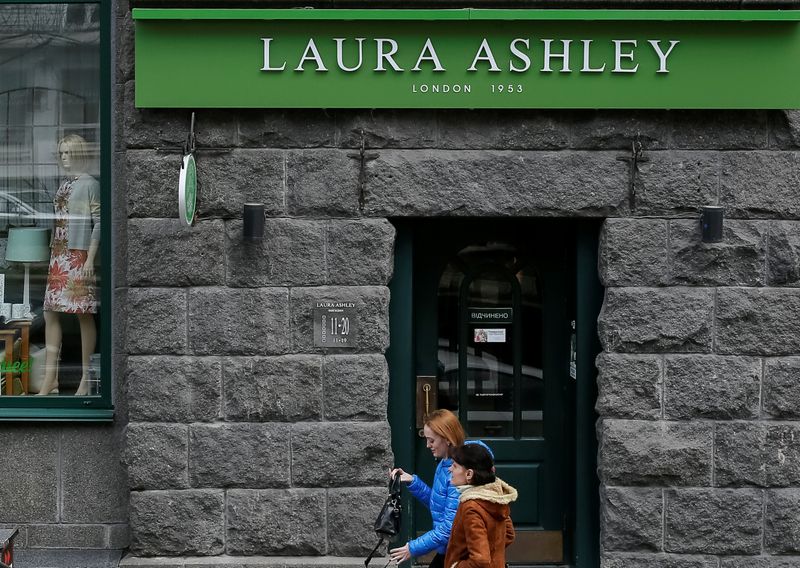 (Reuters) – Clothing and furnishing retailer Laura Ashley (L:) calmed concerns over its working capital, saying it has access to sufficient funds to meet immediate funding needs, sending its shares up more than 15%.

The company is among a growing band of British retailers to encounter difficulties over the past few years, with falling sales leading to store closures while it also contends with weakness in its home furnishings business.

Lender Wells Fargo (N:) and the retailer’s majority shareholder, MUI Asia Limited, have concluded discussions over Laura Ashley’s immediate funding needs, the retailer said on Wednesday, and that it can draw requisite funds from its existing working capital facility with the bank.

The arrangements do not involve a cash injection by MUI Asia, the company reiterated.

The announcement comes days after Laura Ashley said that recent movements in its stock and customer deposit levels had led to a reduction in the amount it could draw under the Wells Fargo facility.

However, Cavendish Asset Management, its third-largest shareholder with a 1.7% stake, raised some concerns.

“It’s good news for the company in the short term, but it might not hold up for long,” said Cavendish fund manager Nick Burchett.

Burchett said that the company needs to focus on its vintage styles and luxury image now it has breathing room provided by the funding arrangement.

“Otherwise it could be curtains for another well-known high street name,” he added.