Home
Stocks
Lawsuit: Department of Education is making it ‘nearly impossible’ for defrauded students to cancel their student loans
Prev Article Next Article 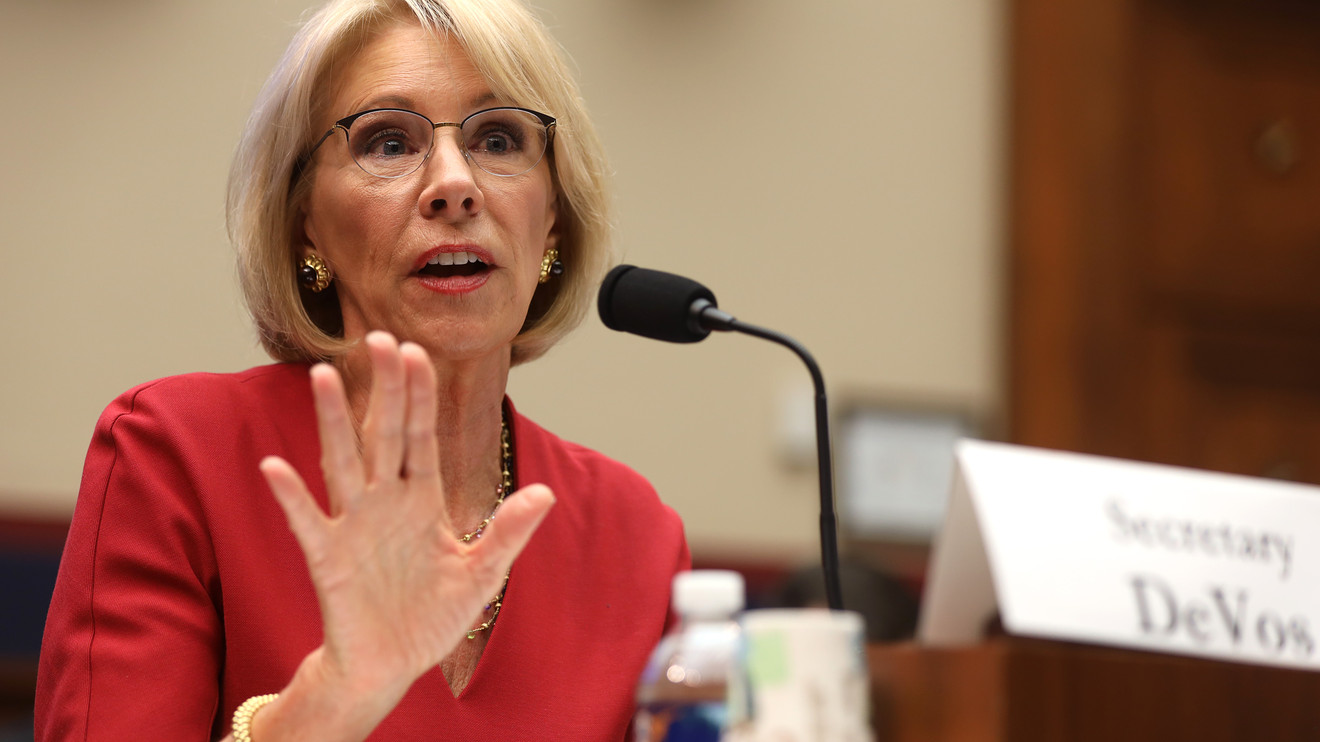 A lawsuit filed Wednesday alleges that new Department of Education rules, set to take effect in July, will make it more difficult for scammed students to write off their student loans.

The lawsuit relates to the so-called borrower defense law, enacted in the 1990s. The provision allows defrauded students — often from closed for-profit schools — to cancel their student loans. But turning the rules’ pledged benefits into reality has fallen short, advocates for the borrowers say.

In September 2019, the Trump-era Department of Education unveiled its version of the regulations to enforce the borrower defense rule. At that time, Education Secretary Betsy DeVos said her department’s rules cleaned up a “mess” the department “inherited from the previous administration.”

However, the lawsuit filed Wednesday alleges the department’s new rules will make it “nearly impossible” for short-changed students to show they deserve loan cancellation.

The lawsuit was filed by the student-advocacy nonprofit, the Project on Predatory Student Lending and Public Citizen Litigation Group, on behalf of the New York Legal Assistance Group (NYLAG), which provides free legal services, in the U.S. District Court for the Southern District of New York.

The lawsuit opens up another front in the challenges against the looming Trump administration rules. Last month, the Democrat-controlled House of Representatives voted to stop the rules from taking effect. The bill is pending in the Senate.

The Obama-era rules were originally planned to take effect in 2017. The DeVos-led department postponed implementation, which in turn spurred lawsuits over the delay.

The new rules compare median earnings of borrowers looking for cancellation against earnings from graduates at comparable schools. If the applicant’s earnings are lower, the new rules said they were harmed and deserved full or partial cancellation. The new standards prevented fraudulent cancellation claims, DeVos said. Education officials did not provide evidence of one frivolous claim under the old system, the lawsuit alleges.

The Department of Education could not immediately be reached for comment on the new lawsuit, but it previously said its version of the rule “corrects the overreach of the prior administration, gives students and borrowers the relief that they’re owed and restores fairness and due process.”

The new version of the rule would save taxpayers $11.1 billion over a decade, a spokeswoman for the department said at the time of the House of Representatives’ vote.

As the rule challenge makes its way through the judicial system, a mixed Congress already weighed in. Last month, the House voted 231-180 to roll back the change. Like the lawyers in the new case, Democrats said the rule imposed overly stringent standards.

The bill now goes to the Republican-controlled Senate. Even if it can pass the Senate, President Donald Trump’s advisers say he will veto the bill if it gets to his desk, according to the Washington Post.