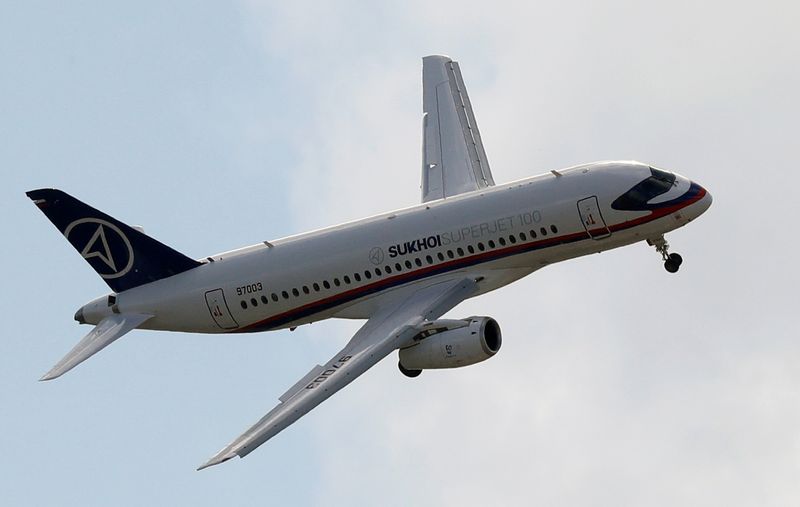 The aircraft, which entered service in 2011 and was the first passenger jet built in Russia since the fall of the Soviet Union, has had a troubled history despite the state pouring billions of dollars into its development. Last year, a Superjet crash-landed in Moscow, killing 41 people.

Sukhoi Civil Aircraft, which is controlled by Russian state holding company Rostec, had hoped to sell hundreds. But slack demand and servicing problems and delays in sourcing spare parts, means only 142 of the planes are in use.

Aeroflot, which currently has 54 Superjets in its fleet, is expected to receive up to 17 more this year, Russia’s Trade and Industry ministry told Reuters. The carrier signed a long-term contract in 2018 to lease 100 Superjets between 2019 and 2026.

But two sources familiar with the firm’s plans told Reuters that Sukhoi currently has no other customers lined up for 2020.

“(The Superjet project) depends on a government decision about state support, because it does not yet work commercially,” one of the two sources said.

The Superjet is predominantly operated inside Russia by regional airlines, corporations and government entities. It has had mixed success with foreign carriers.

Sukhoi in a statement declined to disclose its portfolio of customers.

“The company is working to implement contracts in the interests of aircraft operators and customers, the principal one of which is Russian carrier Aeroflot,” it said.

Asked whether they had any plans to purchase or lease Superjets this year, Russia’s three biggest private airline companies – S7, UTair and Ural Airlines – said no.

Five other Russian airlines, who have Superjets in their fleets, did not respond to requests for comment.

IrAero, an airline based in Russia’s Far East which has previously demanded compensation from Sukhoi citing the Superjet’s poor technical performance, told Reuters there were problems using the planes and that the “contract terms are far from the most advantageous for users.”

Sukhoi said last year it would sell 16 jets to customers. It missed that target however and delivered just eight planes in the end, five of which were leased to Aeroflot.

Aeroflot has so far leased five of the 100 Superjets it committed to in its 2018 contract with Sukhoi.

Those transactions were financed by Russian state development bank VEB. But the arrangement was made on an ad hoc basis and no decision has yet been taken on how the next 95 planes will be financed, a third source, employed by a company that works with Sukhoi, said.

VEB told Reuters it was considering financing future Superjet deliveries and was ready to finance deliveries for other buyers as well.

Aeroflot said it was unable to comment on commercial deals. Sukhoi Civil Aircraft declined to comment on more potential leasing arrangements with Aeroflot.