Home
Stocks
Market Extra: Why stock-market bulls are facing down a surging U.S. dollar — for now
Prev Article Next Article 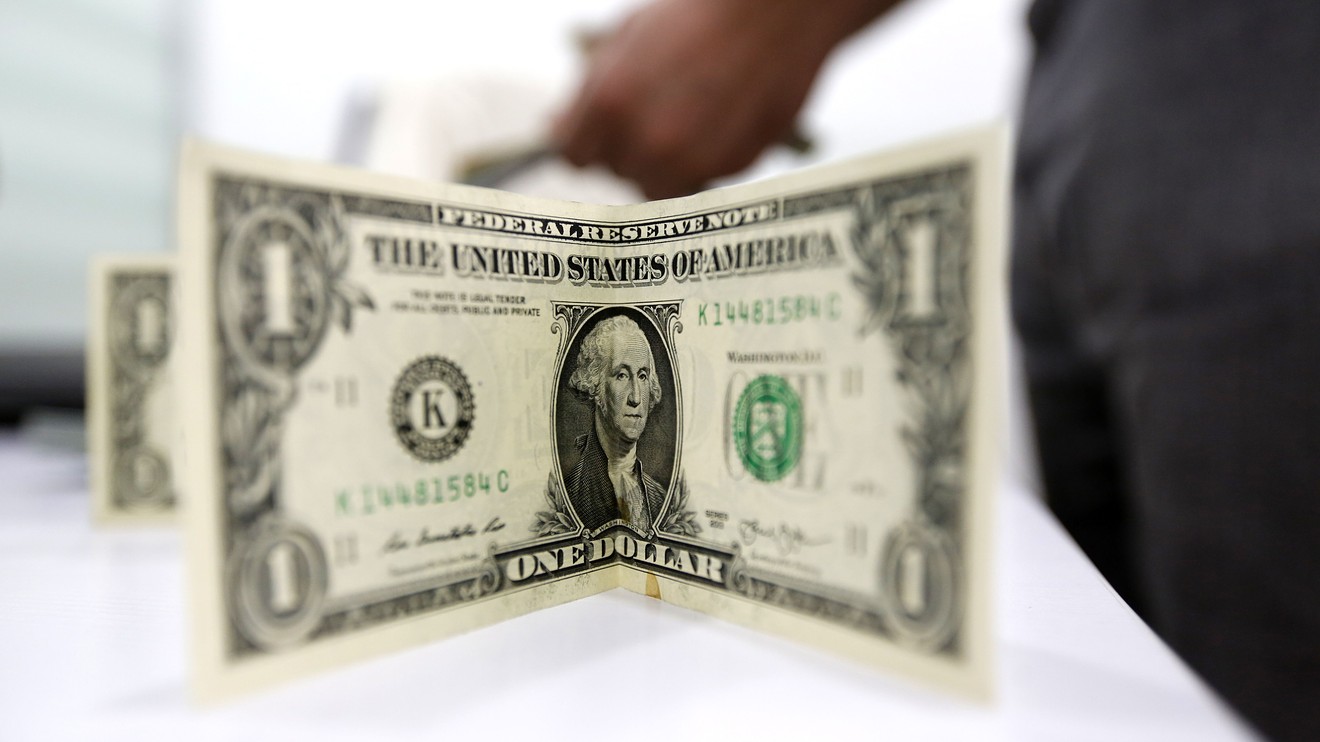 Here’s a market conundrum: A surging dollar doesn’t appear to be putting the brakes on an equity rally that’s pushed major U.S. indexes to all-time highs despite some periodic volatility tied to worries about China’s COVID-19 epidemic.

A rapidly strengthening U.S. dollar can be a source of discomfort for stock-market investors for a few reasons. Most obviously, a stronger currency can make U.S. exporters less competitive overseas and dent overseas earnings for U.S.-based multinationals.

Read: Here’s a reminder that ‘when the dollar moves, things break’ — and vice versa

“If not offset by other factors, this can lead to a broader tightening of financial conditions, which in turn can result in multiple compression and heightened volatility. Tighter financial conditions are also likely to negatively impact other risky assets, notably emerging markets,” he said. Multiple compression occurs when a company’s earnings rise but its stock price stays the same or falls, reducing the price-to-earnings ratio.

The ICE U.S. Dollar Index DXY, +0.23%, a measure of the U.S. currency against a basket of six major rivals, was up 0.2% Wednesday at 99.625 after hitting an intraday high at 99.70, according to FactSet, taking out its early October high to trade at its strongest since May 2017. For the year to date, the index is up 3.4%, so far defying consensus expectations for a 2020 decline.

Need to Know: Mania has taken hold in the equity market and there is ‘no respect’ for risk: strategist

So why are stock-market bulls looking past the dollar rally?

A stronger U.S. currency eventually “could present a headwind” to stocks, but it would likely take a further run-up, said Liz Ann Sonders, chief investment strategist at Charles Schwab, in a phone interview.

Of course, it isn’t so simple to determine what magnitude of dollar rally would put a dent in stock-market sentiment, Sonders said, but she noted that a more recent episode of dollar-related equity weakness came after a much sharper currency rally.

In 2014-2015, the dollar index jump around 27% in around 10 months, with the gauge further extending gains in 2016. Stocks sold off as the dollar rally took a toll on earnings, particularly in the energy sector, where a rising dollar also contributed to weakness in oil prices, Sonders noted.

The current rally is more subdued. The index has rallied around 12% off its February 2018 low to its present level.

Koesterich noted that the dollar index also saw a bigger jump in mid-2018, when it rallied by over 8%. Stocks tumbled sharply in the fourth quarter of 2018 before rebounding sharply last year.

Moreover, the dollar index’’s rise still hasn’t taken it far outside the range that’s prevailed over the last 18 months or so. “This suggests that it will arguably take a more dramatic rise in the dollar to impact equity markets,” he said.

The dollar and equity gains have also accompanied gains by traditional haven assets, including gold and Treasurys. Indeed, gold futures GCJ20, +0.46%  were up 0.3% on Wednesday and have rallied 5.7% so far this year. A stronger dollar is often seen as a negative for gold and other dollar-priced commodities, making them more expensive to users of other currencies.

Some market watchers, meanwhile, argued against the notion that the dollar itself is benefiting from haven-related buying around China’s COVID-19 outbreak. In a Tuesday note, analysts at RBC observed that rather than rallying when equities and other such “risky” assets come under pressure, the dollar is showing a more positive correlation with the stock market than at any other time in the past two years.

Moreover, the dollar’s overall price action is actually at odds with other more traditional havens, such as gold and Treasurys, which have both gave back some of the ground attributed to flight-to-safety buying, said Jason Draho, head of asset allocation for the Americas at UBS, in a note.

“The most plausible explanation for ongoing dollar strength is that investors globally want to own U.S. assets because they have the highest confidence in the U.S. economy doing fine, which is more of a flight-to-conviction, not safety,” Draho said.