Home
Stocks
Need to Know: In a market with ‘no respect for risk,’ what’s the difference between investment and speculation?
Prev Article Next Article

The world’s most profitable company, Apple AAPL, -1.83%, withdraws its revenue guidance, and the technology-heavy Nasdaq Composite actually closes higher on the day.

“The bottom line is there is no respect for risk in the equity market and mania is not indefinitely sustainable, there is no permanently high plateau,” he writes in a note referencing Rodney Dangerfield, the comedian who famously couldn’t command respect.

John Rekenthaler, a columnist at fund-ranking service Morningstar, attempted to divine when investing becomes speculation. It wasn’t an easy take. The conclusion he reached is that an expenditure when the return is too uncertain or likely negative is speculation. But even that is too simple a definition, he writes.

“Securities with barely positive expected returns and extremely high volatility are speculative — unless their performance is negatively correlated with the rest of one’s portfolio, in which case the investment may be warranted,” he says.

The release of the Federal Open Market Committee minutes, at 2 p.m. Eastern, will be in the spotlight, though its market-moving potential may be limited given Chairman Jerome Powell testified to Congress last week. A number of regional Fed presidents will be speaking throughout the day.

Investors also will get a look at the hot housing market with the release of housing starts data at 8:30 a.m., alongside the latest on producer prices.

Mainland China reported Wednesday 1,749 new coronavirus cases and 136 additional deaths, data indicative of a slowing spread of the COVID-19 illness. China may directly infuse cash to bail out its airlines, Bloomberg News reported. China separately expelled three journalists from The Wall Street Journal over an opinion piece that ran in the newspaper that they didn’t author. (The Wall Street Journal and MarketWatch share a common owner, News Corp.) 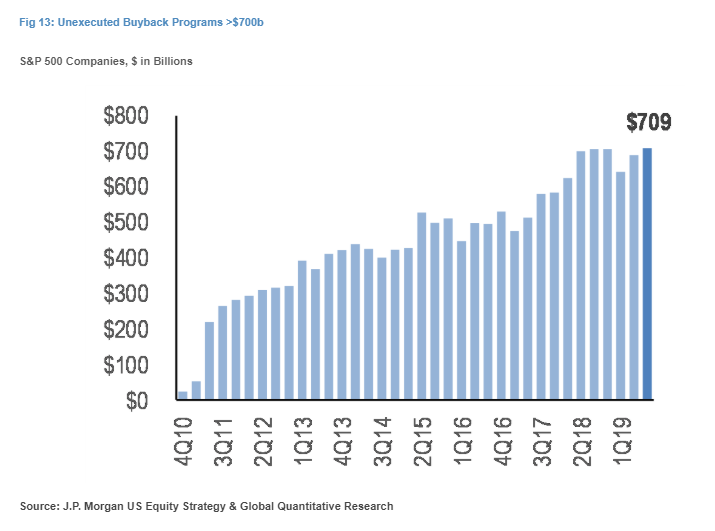 There is a record high level of unused share buyback capacity, according to JPMorgan, leading the bank to think buyback announcements will decrease. Higher valuations also may tempt companies away from new buybacks. Instead, companies may focus on capital expenditure, dividends and mergers and acquisitions, the bank said.

SpaceX says it will send up to four private citizens into orbit.

The latest Brexit fight is over the fate of the Elgin marbles.

British condom brand Durex has created its own font, called “one night sans.”