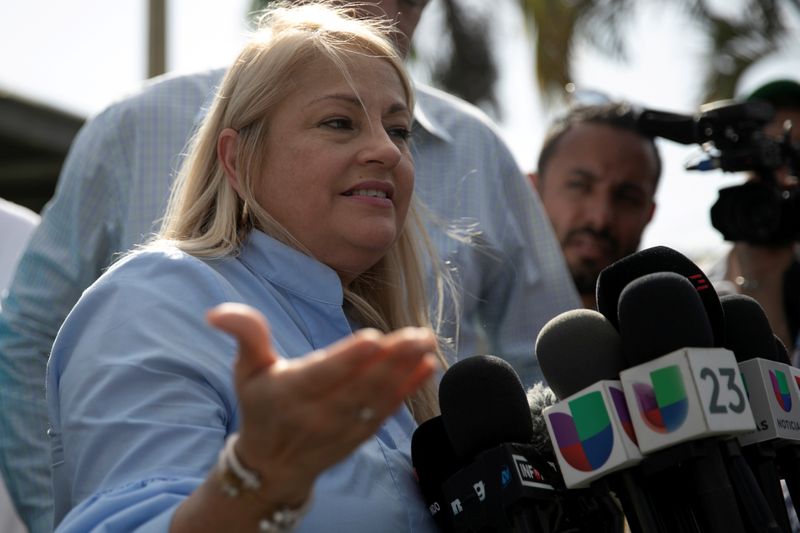 SAN JUAN (Reuters) – Bankrupt Puerto Rico’s government told a federal judge on Wednesday that its opposition to a new plan announced earlier this month to restructure more than $85 billion of its debt should put the brakes on a confirmation process.

The U.S. commonwealth’s federally created financial oversight board had asked Judge Laura Taylor Swain to approve a schedule that would culminate with a confirmation hearing on a so-called plan of adjustment for Puerto Rico’s core government debt and pension obligations commencing in October.

The scheduling motion followed the board’s Feb. 9 announcement that it had reached a deal with an expanded group of bondholders to reduce $35 billion of bonds and claims to about $11 billion, moving Puerto Rico closer to exiting bankruptcy, which began in 2017.

But Puerto Rico Governor Wanda Vazquez objected to the deal’s enhanced recoveries for some bondholders, while certain government retirees would still face the same pension cuts called for in an earlier plan the board announced in September.

In a court filing on Wednesday, Puerto Rico’s fiscal agency said the revised plan of adjustment, which the board has not yet filed in court, was “unconfirmable.”

“Unless the oversight board clearly articulates how it proposes to confirm the amended plan without government support and cooperation, any confirmation schedule is patently premature,” the filing stated.

It added that the deal with bondholders requires legislative action to issue new general obligation and junior lien sales tax-backed bonds, noting the board lacks the power to legislate under the 2016 federal PROMESA Act, which created the board and a form of municipal bankruptcy for the Caribbean island.

There was no immediate reaction to the filing from the board.

James Spiotto, managing director of Chapman Strategic Advisors and a municipal bankruptcy expert, said PROMESA does not allow the board “to enact legislation for a new bond issue or to incur new debt.” He added it was doubtful the judge could order the government to take action.

“Hopefully both the oversight board and the legislature and the governor will realize they are all in it together and there is no benefit to delay or obstruction of any reasonable and fair resolution,” he said. “But they have to be sure they have a proposed plan that is a reasonable and fair plan.”