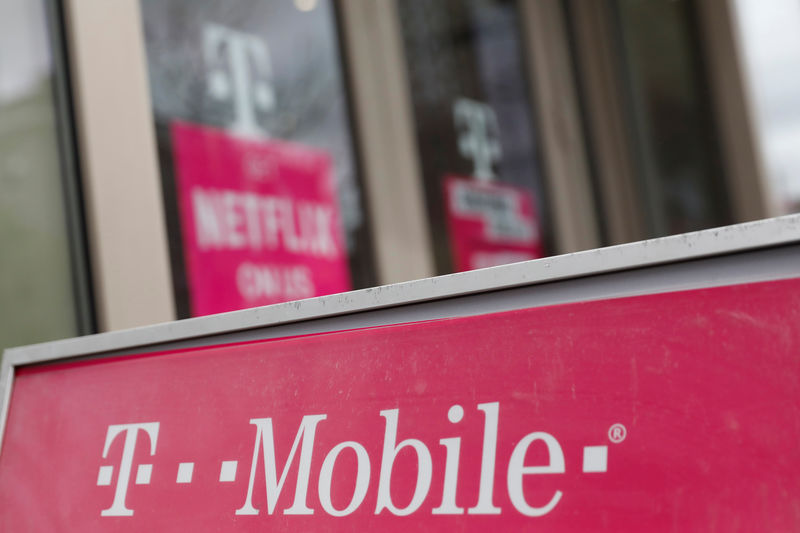 Investing.com — Deutsche Telekom (DE:) stock rose to its highest in nearly three years on Wednesday after chief executive Tim Hoettges looked forward to a potentially massive unlocking of value in a U.S. investment that has languished for years.

Instead of being the permanently-squeezed fourth-largest player in the U.S., aggressively discounting to gain market share, T-Mobile US (NASDAQ:) is now going to be comparable in size to AT&T (NYSE:) and Verizon (NYSE:), with enhanced pricing power in a market dominated by three large players rather than four (at least, that’s the logic: Telekom’s margins in Germany haven’t improved much since a similar concentration resulting from Vodafone’s acquisition of Liberty Global’s local assets).

After years of waiting for the merger to be cleared, investors have largely forgotten that story. According to Reuters, Hoettges said the ‘new’ T-Mobile would have a market value of around $120 billion, less than half the value of either of the big two.

“That is a difference of around $120 billion. I see no reason why this cannot be reduced considerably,” Hoettges said in prepared remarks.

The German giant is set to have 42% of the new T-Mobile/Sprint venture. Even at a more conservative valuation of $200 billion, that would still imply an equity value of $84 billion for DT’s share – more than Telekom’s entire market capitalization at today’s prices.

Even allowing for the high cost of building out 5G networks in both the U.S. and Europe, and even allowing for the fact that net debt, at 2.65 times EBITDA, is still above AT&T’s, it would seem churlish not to ascribe any value to Telekom’s non-U.S. business.

In the year just finished, revenue, EBITDA and free cash flow were all clearly higher. Stripped of one-off factors, the bottom line grew by 8.9% percent to 4.9 billion euros ($5.3 billion). A dividend yield of 3.6% is respectable enough, even if slower core earnings growth ahead leaves little promise of big increases.

Telekom has been the slowest of slow burners for many years. Even now, the stock is still short of its 2017 peak and below where it was as far back as 2004. But with the road ahead of T-Mobile finally clear, the prospects look as good as at any time in that period.