Home
Stocks
The Ratings Game: Walmart could run into privacy issues in its efforts to get personal with consumers, analysts say
Prev Article Next Article 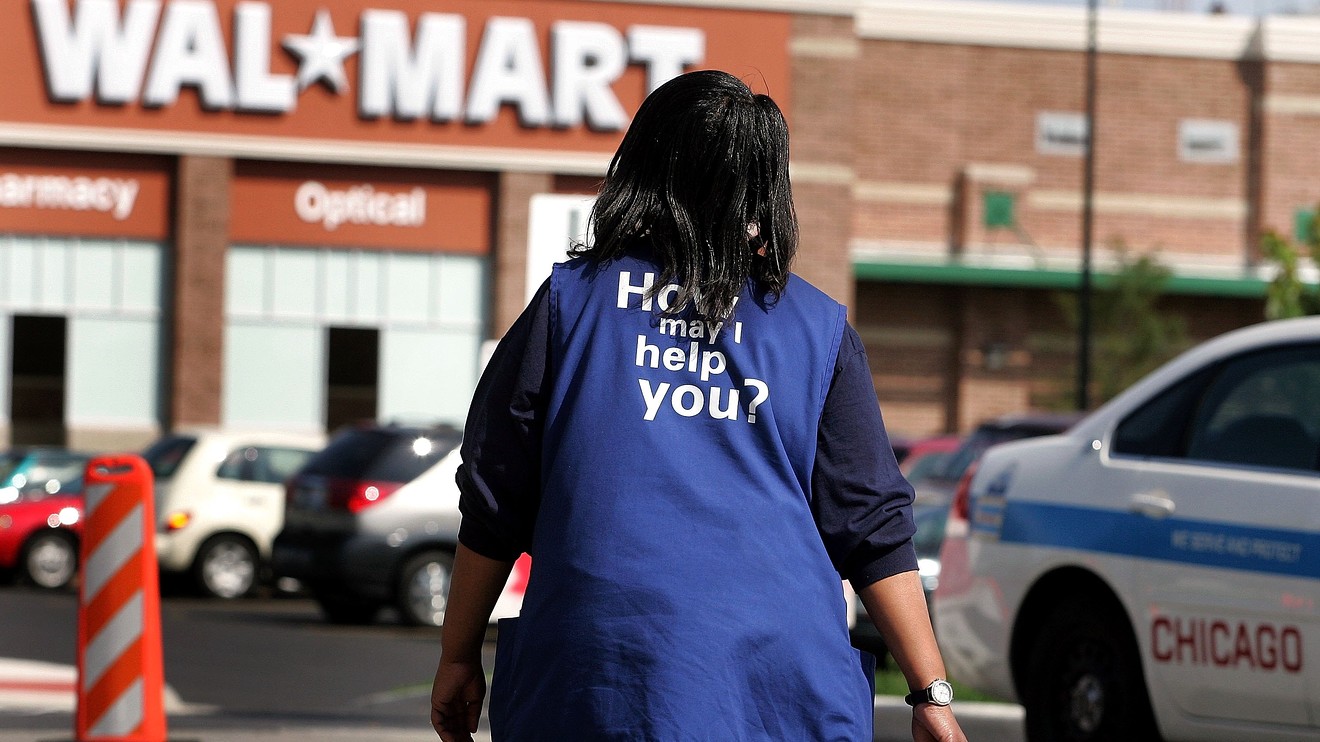 Walmart Inc. wants to get to know its customers better, but Cowen analysts warn that the retail giant could see its efforts rebuffed unless transparency is emphasized.

“We have a lot of data and have good visibility into where people are shopping, what’s happening with us,” said Doug McMillon, Walmart’s WMT, -1.27%   chief executive, during the company’s investment community meeting on Tuesday, according to a FactSet transcript.

“[W]e have a lot of data and we can gather even more data. [I]f you win their most frequently purchased items, you get the opportunity to serve impulse items online and in-store, and our focus is in driving that sweet spot,” he said.

“In our view, retail is quickly moving beyond the connected store into the connected data set, we expect younger generations to demand transparency across both data and supply chains,” the analysts, led by Oliver Chen, said.

Walmart executives at the meeting emphasized findings that showed customers who spend in stores as well as on the company’s app and website spend twice as much overall.

For the retail category broadly, data has shown that customers spend more with a brand when they can easily spend across different platforms, making the “omnichannel” experience one that many businesses strive to create.

Read: Walmart expects to save $60 million annually on shopping bags

Walmart says it also sees opportunities beyond retail, in areas like health care and financial services.

During the event, McMillon said Walmart has not focused on customer data “to the maximum of our capability,” saying there are ways that the company could “monetize and use data more effectively.”

Suresh Kumar, Walmart’s chief technology and development officer, talked specifically about personalizing the popular online grocery pickup service to avoid wait times. The company used data to determine which lots will fill up, traffic patterns at stores and other information.

“The result is that we can predict very, very accurately when a particular customer is actually going to show up for their pickup order, meaning that now we can serve them just in time,” said Kumar.

Also: Coronavirus could drive up out-of-stocks at stores by April: Wells Fargo

“We do caution on our belief that Walmart will increasingly need to focus on transparent privacy and data codes of conduct as personalization continues to evolve,” the analysts said. “We believe that big data also has the potential to create big dilemmas as all companies including Walmart will need to separate value-added personalization and segmentation from harmful discrimination.”

The effort to personalize and create the “flywheel effect” that Kumar discussed at the Walmart event is what has helped Amazon.com Inc. AMZN, +1.13%   thrive. By creating the Prime ecosystem through which customer habits are learned and used for service and purchasing efficiency, Amazon has brought in users and held fast to them.

But privacy issues have dogged Big Tech companies like Facebook Inc. FB, -0.03%  , which just this month announced it will pay a $550 million settlement for a case in Illinois.

See: Tech companies are fighting and working around new laws

Tech and privacy aside, many analysts focused on the strength of Walmart’s business despite the fourth-quarter earnings miss.

“If Walmart’s proven anything to the capital markets over the past few years, it’s that it has enough levers to execute its plan and deliver against its goals,” wrote UBS analysts led by Michael Lasser, which said the company is agile and consistent despite its huge size.

“Yet the message at the analyst event is that it’s coupling its grand scale with innovation to differentiate from the pack,” the note said. “This is helping to fulfill its long-run vision, which is to serve as the key replenishment mechanism of consumables for many households around the world.”

Stifel analysts also called out Walmart’s status as the go-to for consumables.

“Walmart continues to gain market share in grocery and fresh, which we believe provides the ability to be more aggressive with price investments when compared to other retailers,” analysts led by Mark Astrachan wrote.

“Overall, we think Walmart’s strategy of increased investment in price and technology, coupled with cost discipline, well positions the company for success despite heightened macroeconomic uncertainty and a sustained competitive U.S. retail environment.”

Walmart has an average overweight stock rating with an average target price of $129.23, according to 32 analysts polled by FactSet.

Instinet analysts led by Michael Baker maintained their buy stock rating and lowered their target price by $1 to $131. In their note, they turned their attention to the impact of the coronavirus, which Walmart Chief Financial Officer Brett Biggs said could cause “a couple of cents negative impact in Q1,” though it wasn’t factored into the company’s guidance.