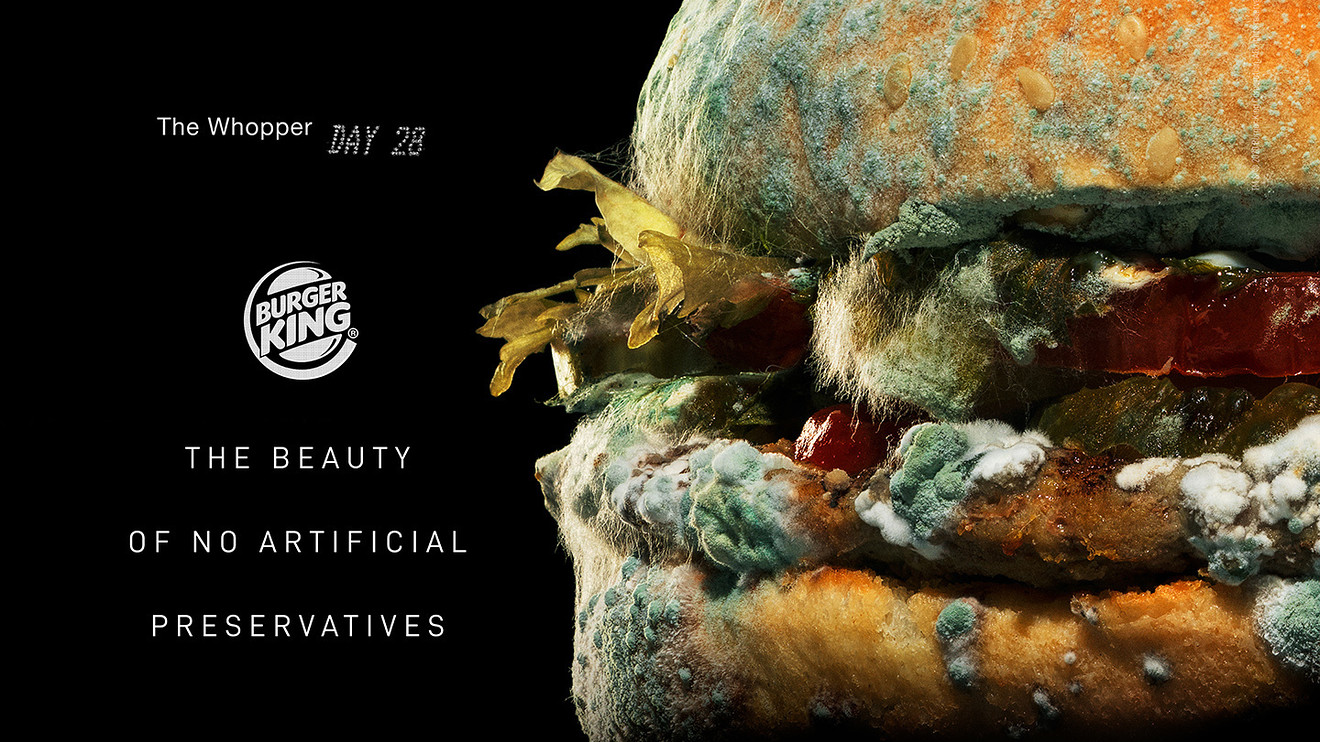 Burger King YUM, -1.06%   is breaking the mold in its new advertising campaign.

The burger chain is portraying its Whopper covered in mold in print and TV ads running in Europe and the U.S. The message: Burger King is removing artificial preservatives from its signature burger.

the beauty of real food is that it gets ugly. that’s why we are rolling out a whopper free from artificial preservatives. coming by the end of 2020 to all restaurants in the U.S. pic.twitter.com/yQL6kAYZrY

The company, already known for irreverent ad campaigns, turned it up a notch, including a time-lapse of a decaying burger on Twitter TWTR, +0.36%  . That imagery goes beyond the print ads that show a 28-day-old burger — a week beyond.

Early reaction to the campaign Wednesday was a mix of applause for the shift away from preservatives, to disgust.

The Whopper is topped with onions, lettuce, tomato, mayonnaise and pickles, all of which will contain no artificial preservatives.

By the end of this year, Burger King said all food items — including sandwiches, sides and desserts — will be free from artificial colors, artificial flavors and artificial preservatives in the U.S. and select European countries, including Germany and the United Kingdom.

McDonald’s MCD, -0.27%   announced in 2018 that it was removing artificial colors, flavors and preservatives from seven of its burgers.