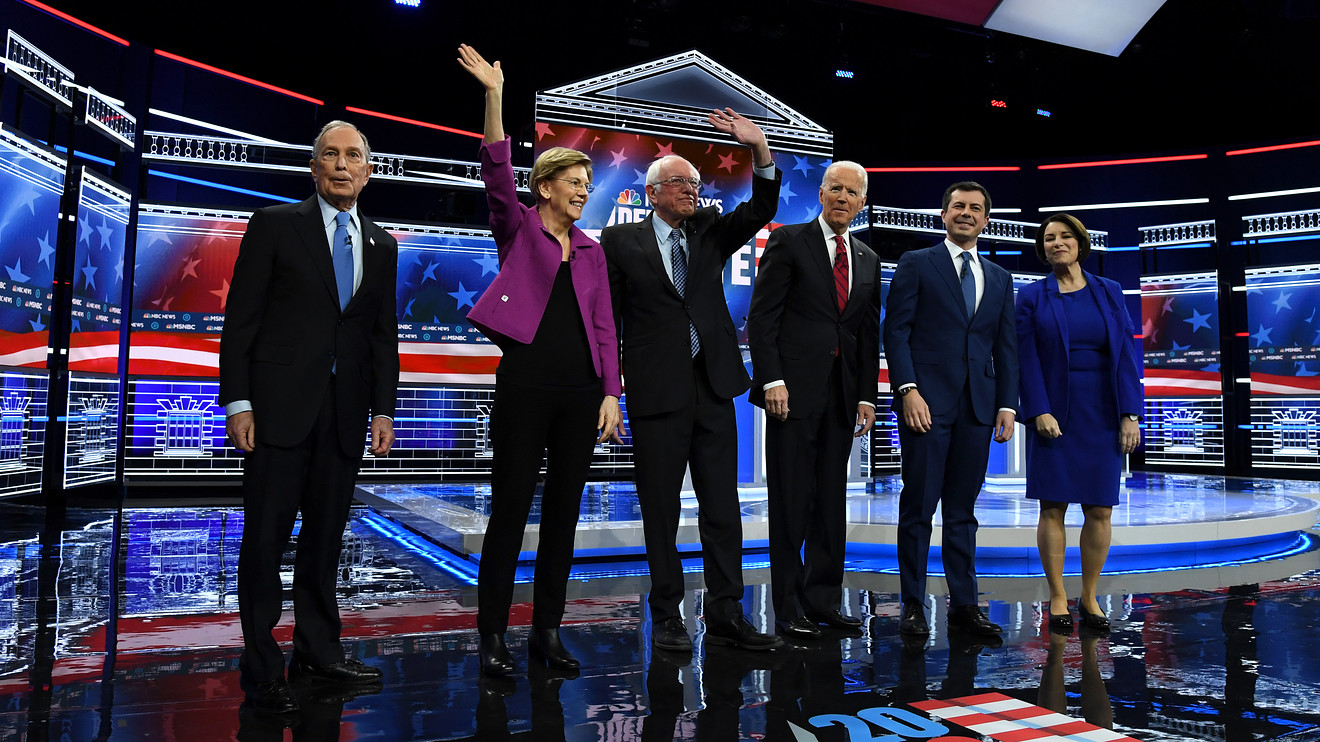 As analysts assessed the performance of six Democratic presidential hopefuls in Wednesday night’s debate in Nevada, much of their focus was on how billionaire Mike Bloomberg fared as rivals attacked him.

Here are some of the initial reactions from analysts:

• “In the first hour, former New York City Mayor Michael Bloomberg (D-NY) was thoroughly ‘stopped and frisked.’ … For Bloomberg, all he can hope for is that what happened in Vegas stays in Vegas, and his massive campaign funds and operations can counteract the bad impressions and news cycle that will come from the debate.” — Beacon Policy Advisors analysts in a note

Read: Michael Bloomberg on the defensive after praising stop-and-frisk in 2015 audio

And see: Fight night in Vegas — candidates beat up on Bloomberg in debate

• “I don’t think [Bloomberg] was coached hard enough. … The fact that he did not have those answers at his fingertips lets me know categorically he was not properly prepared for this debate.” — Andrew Yang, the former Democratic presidential contender who provided analysis on CNN

Check out: ‘I can’t go to TurboTax’ — Bloomberg on releasing his returns

• “Winner @SenSanders. No one slowed his surge in the polls; no one landed a punch hard enough to matter; and no one made the case he is unelectable.” — Former Republican National Committee Chairman Michael Steele, now a political analyst, in a tweet

• “Bernie did great in the debate, but if you think anyone other than Warren won the night, please remove your misogyny goggles.” — opinion columnist Jill Filipovic in a tweet

• “I thought the two big winners last night were Bernie, because he’s on his way to locking up this nomination, if things keep going the way they are, and Donald Trump. Nobody laid a glove on him. They were too busy tearing each other to shreds.” — Joe Scarborough, co-host of MSNBC’s Morning Joe, in a comment on his show that sparked a backlash from Twitter users who thought Warren won.

• “Did this debate lessen the chance that Bernie wins NV? Can it lift Warren to a win? If not, then the debate hasn’t really changed the trajectory of this race.” — Cook Political Report’s national editor, Amy Walter, in a tweet

• “Candidates’ fracking and climate policies were a source of contrast in last night’s debate. … We note that restricting fracking is popular with Democratic primary voters but less so with the general electorate and could pose a risk to Democrats in swing states.” — Height Capital Markets analysts in a note