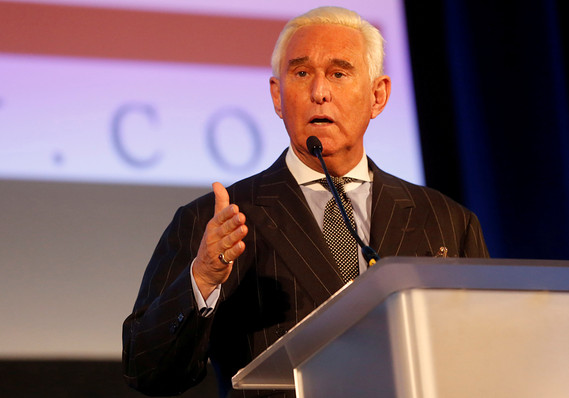 Roger Stone speaks at the American Priority conference in Washington in December 2018.

Roger Stone, a longtime associate of President Donald Trump, on Thursday was sentenced to 40 months in prison after being convicted of lying to Congress, witness tampering and obstruction.

Stone was convicted by a federal jury in November of lying to Congress about his pursuit of Russian-hacked emails expected to damage Hillary Clinton’s 2016 election bid.

Prosecutors had initially asked for seven to nine years in prison for Stone. Trump criticized the length of the sentence on Twitter, and later credited Attorney General William Barr with recommending a more lenient sentence.

Trump early Thursday tweeted a clip from a Fox News show that appeared to suggest he is considering pardoning Stone:

Stone was the sixth Trump aide to be convicted of charges brought as part of special counsel Robert Mueller’s probe of Russia’s interference in the 2016 election. Stone has denied wrongdoing and calls the case against him politically motivated.