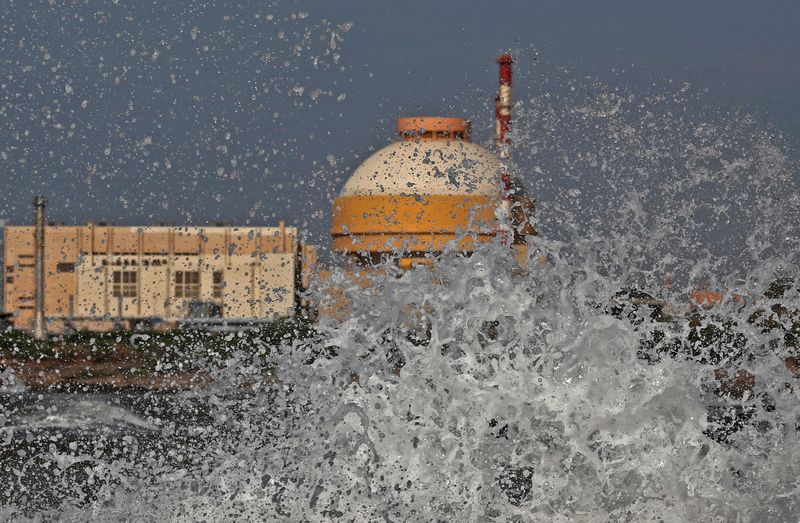 By Sanjeev Miglani and Neha Dasgupta

The agreement will lay out timelines and the lead local constructor for the reactors to be built at Kovvada in southern India and also address lingering concerns over India’s nuclear liability law.

The United States has been discussing the sale of nuclear reactors to energy-hungry India since a 2008 landmark civil nuclear energy pact and last year the two governments announced they were committed to the establishment of the six reactors.

Last week representatives from U.S. energy and commerce departments, Westinghouse, the U.S.-India Strategic Partnership Forum and The Nuclear Energy Institute were in India for talks with government officials as part of a commercial mission to promote nuclear exports to India.

“We are encouraging moving forward with Westinghouse and NPCIL to sign a MoU. It certainly is a private industry to private industry, a business to business decision,” Dr. Rita Baranwal assistant secretary for the Office of Nuclear Energy in the U.S. Department of Energy, told Reuters in a phone interview.

“We’re optimistic that an MoU will be signed shortly,” Baranwal, who was part of the mission, said. Once that is cleared the two sides will begin contract negotiations, delivery schedules and pick vendors. The plan for a new MoU has not been previously reported.

Westinghouse did not respond to a request for comment nor did NPCIL. But Indian foreign ministry spokesman Raveesh Kumar said on Thursday Westinghouse and NPCIL were in talks to move forward with the project.

“Following resolution of Westinghouse’s bankruptcy issues, the two sides are in discussion regarding the division of responsibility of the work,” he said.

Trump has made bilateral trade with India a top priority, seeking greater market access for U.S. products from farm goods to motorcycles. Negotiators are trying to put together a limited trade deal before a bigger agreement that Trump said this week will probably happen after the U.S. presidential elections.

Lack of movement on the nuclear reactors has been a sensitive issue, another member of the U.S. delegation said, after Washington made an exception for India by agreeing to provide it civilian nuclear energy technology even though it has not given up its nuclear weapons program.

A longstanding obstacle has been the need to bring Indian liability rules in-line with international norms, which require the costs of any accident to be channeled to the operator rather than the maker of a nuclear power station.

Pittsburgh-based Westinghouse’s plans to supply the AP1000 reactors to India which it has also sold to China were thrown into further doubt when it filed for bankruptcy in 2017 after cost overruns on U.S. reactors.

Canada’s Brookfield Asset Management (TO:) bought Westinghouse from Toshiba in August 2018 and has sought progress on the India sale over the next six-seven months, the member of the U.S. delegation said, speaking on condition of anonymity.

India has made clear there is no going back on the 2010 Civil Liability for Nuclear Damage law that foreign governments and vendors say leaves open the possibility of lawsuits against suppliers for nuclear accidents, rather than the operators of the plants.

Prime Minister Narendra Modi’s government has tried to limit the impact of that law by setting up an insurance fund for potential victims of a nuclear accident.

“To be clear, there are still open issues around the liability issue,” Baranwal said, adding it was part of the discussions last week. “I can’t say that it’s been resolved. But we made some progress and understanding was that concerns were at a higher level.”

But with renewable power dropping in price and the government’s focus on solar power generation, there is a chance nuclear power will remain only small proportion of the country’s energy mix where it stands at 1.9 percent.

V.K. Saraswat, a top member of the government think-tank Niti Aayog said while solar was top priority, the government remained committed to nuclear energy also, as a clean source.