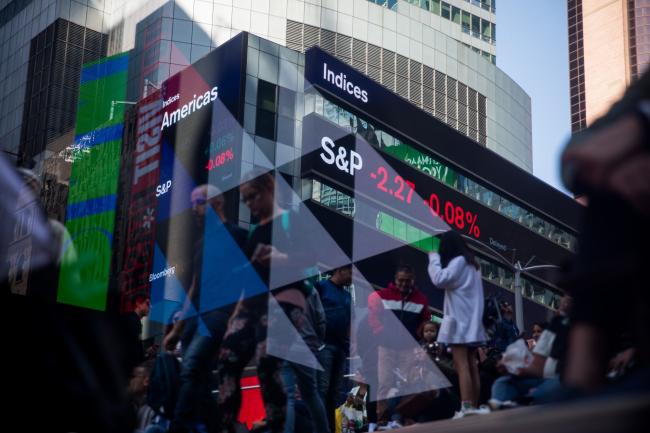 (Bloomberg) — Investors may be underestimating the negative impact of the coronavirus on corporate earnings, which poses a threat to the stock market rally, according to Goldman Sachs Group Inc (NYSE:).’s chief equity strategist.

While coronavirus fears triggered a worldwide sell-off in January, the losses proved short-lived. Global equities are trading near record highs on optimism that the impact from the epidemic will be limited and China will step up support for its economy. Goldman’s Peter Oppenheimer cautions against complacency.

“Equity markets are looking increasingly exposed to near-term downward surprises to earnings growth,” Oppenheimer, chief global equity strategist at Goldman, wrote in a Feb. 19 note. “While a sustained bear market does not look likely, a near-term correction is looking much more probable.”

“Spillovers” from weaker Chinese demand are “dramatically more important” to regional and world economies compared with a decade or two earlier, and tourism alone accounts for 0.4% of global gross domestic product, according to Oppenheimer.

He estimates that a 1% drop in global sales-weighted GDP would cut European earnings by about 10%, turning them negative. The exposure of the to China is about twice that of the S&P 500 due to such sectors as banks, automakers and luxury shares.

Companies too are starting to sound the alarm. Apple Inc (NASDAQ:). said this week it would miss its sales targets for the quarter because of the fallout from the coronavirus. Pernod Ricard (PA:) SA last week cut its full-year growth forecast by about half, while today, Air France-KLM warned the outbreak will wipe as much as 200 million euros ($216 million) from earnings.

“In the context of relatively weak earnings growth, there’s probably too much complacency and we could see some negative earnings,” said Oppenheimer in an interview with Bloomberg TV on Tuesday. “And valuations are vulnerable to a setback.”

While the odds of a short-term correction are high, the resilience of the global economic cycle is likely to be supportive for equity markets on a relative basis over the next year and beyond, according to Goldman.

Powerful monetary easing by central banks around the world, including policy moves by the likes of Russia and Mexico this year, in addition to lower bond yields have kept the equity bull run going despite coronavirus concerns. The MSCI All-Country World Index surged to a new all-time high last week and both U.S. and European benchmarks closed at records on Wednesday.