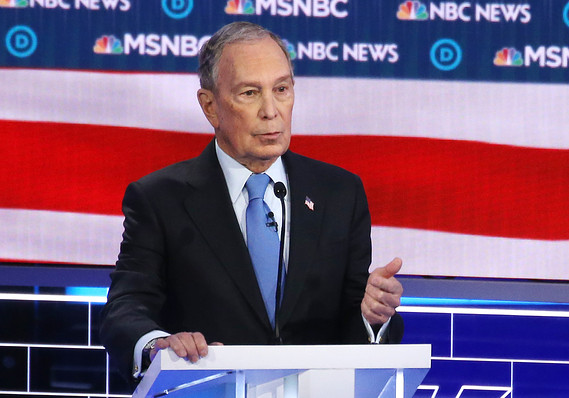 Mike Bloomberg said Wednesday night that he’d release his tax returns ‘in a few weeks’ but that they’re complicated.

Mike Bloomberg took flak from fellow Democrats on Wednesday night over issues including the release of his tax returns, and responded by saying they’re too complicated to use popular preparation software.

“Fortunately or unfortunately I make a lot of money and we do business all around the world,” Bloomberg said while debating five Democratic rivals in Las Vegas. He said the number of pages would probably be in the thousands.

Bloomberg said his returns would be released “in a few weeks.”

That didn’t satisfy rivals including Sens. Elizabeth Warren and Amy Klobuchar, who aggressively attacked the ex-New York mayor during his debate-stage debut. Warren told Bloomberg to get his staff to “work overtime” to release his returns.

Democrats have also pressed President Donald Trump, another wealthy New Yorker, to release his returns. Trump has not done so. Warren and Sen. Bernie Sanders derided Bloomberg during the debate as a billionaire who isn’t fit to be president.

“Democrats take a huge risk if we just substitute one arrogant billionaire for another,” Warren said. “This country has worked for the rich for a long time and left everyone else in the dirt.”