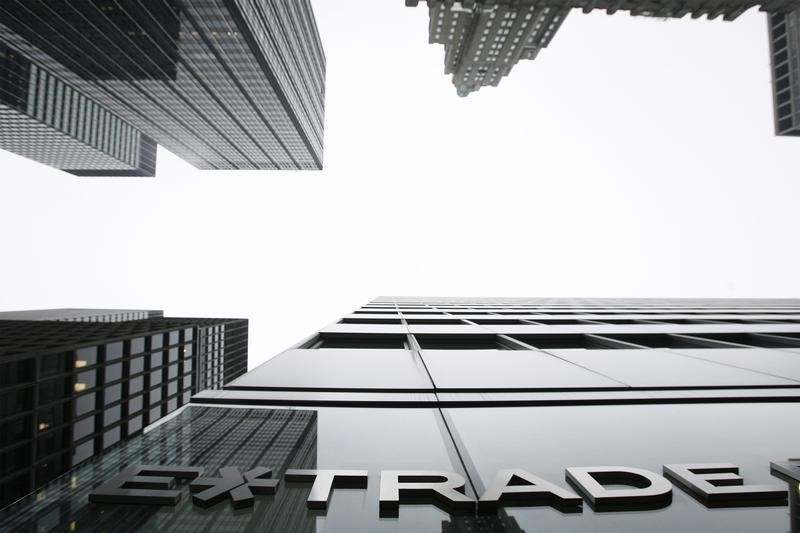 That’s the initial impression on Wall Street at least after the bank announced Thursday that it had agreed to buy discount brokerage E*Trade Financial Corp. for $13 billion in an all-stock takeover, the biggest acquisition by a large U.S. bank since the financial crisis. It would add E*Trade’s $360 billion of client assets to Morgan Stanley’s $2.7 trillion and instantly give the bank more direct access to consumers through digital banking and brokerage services. While the two brands would remain distinct under the arrangement, it seems on its face like a match between two companies with polar opposite reputations.

Now, it was hardly a secret that Chief Executive Officer James Gorman has been emphasizing wealth management as Morgan Stanley’s future, largely because the revenue is more dependable than high-stakes trading. In the firm’s second-quarter earnings call last July, when the wealth-management division posted a 28% profit margin, Gorman was asked how he could possibly sustain that pace. He insisted “we’re playing for the long run.”

The long run, it turns out, involves going where Morgan Stanley has rarely opted to go before: down-market. “It is so off-brand for the white-shoe investment bank Morgan Stanley, I’m just stunned,” David Bahnsen, founder of wealth-management firm the Bahnsen Group, who used to work at Morgan Stanley, said on Bloomberg TV.

I’m not so sure it should come as much of a surprise. After all, there were rumors toward the end of last year that Goldman Sachs Group Inc (NYSE:). was contemplating an acquisition of E*Trade on top of its other retail-client initiatives like its consumer bank, Marcus. Yes, Goldman and Morgan Stanley are probably the two Wall Street titans most associated with catering to the wealthiest and most financially savvy. But they’re also astute enough to see which way the winds are blowing for the industry: Technology is democratizing the way people invest, save and trade.

As Gorman sees it, that trend is especially true for the “next generation.” In a conference call, he summarized his vision by saying that E*Trade gives Morgan Stanley access to people with what he called “emerging wealth.” By getting them into the fold early, Gorman expects they’ll move over to the bank’s existing wealth-management offerings once they accumulate more money and need a robust financial plan. He said that even now, clients and their children only want to interact with the bank digitally, so E*Trade provides a better way for that to happen. “We’re not messing around,” he said.

E*Trade also stands to benefit from standing underneath Morgan Stanley’s umbrella. After Charles Schwab (NYSE:) Corp. slashed commissions for U.S. stock trading to zero in October, E*Trade had little choice but to follow suit. Unsurprisingly, smaller fees means compressed profit margins. The race to the bottom was due in part to the rise of Robinhood Financial LLC, which said it had more than 10 million accounts as of December. About a week earlier, CNBC’s Jim Cramer claimed that Robinhood had turned E*Trade into a dinosaur.

Powered by Morgan Stanley, E*Trade will almost certainly avoid extinction. E*Trade shares soared 24% and Morgan Stanley’s dipped 4.1% at the start of trading. The deal should close in the fourth quarter — nothing about the transaction seems like a glaring issue for regulators. The one wild card would be a rival bid, but Bloomberg Intelligence’s David Ritter considers that “unlikely” because of the already steep premium.

Plus, it seems as if the two CEOs are already becoming fast friends. Mike Pizzi, E*Trade’s recently appointed leader who’s in his mid-40s, joked on the conference call that the companies’ cultures are similar, apart from the dress code. Gorman piggybacked off that by noting that when they got together, Pizzi asked whether he owns a pair of jeans (Gorman said he does).

Maybe some Converse shoes will be next.