Home
Stocks
NerdWallet: How I saved $3,000 on my daughter’s college tour
Prev Article Next Article 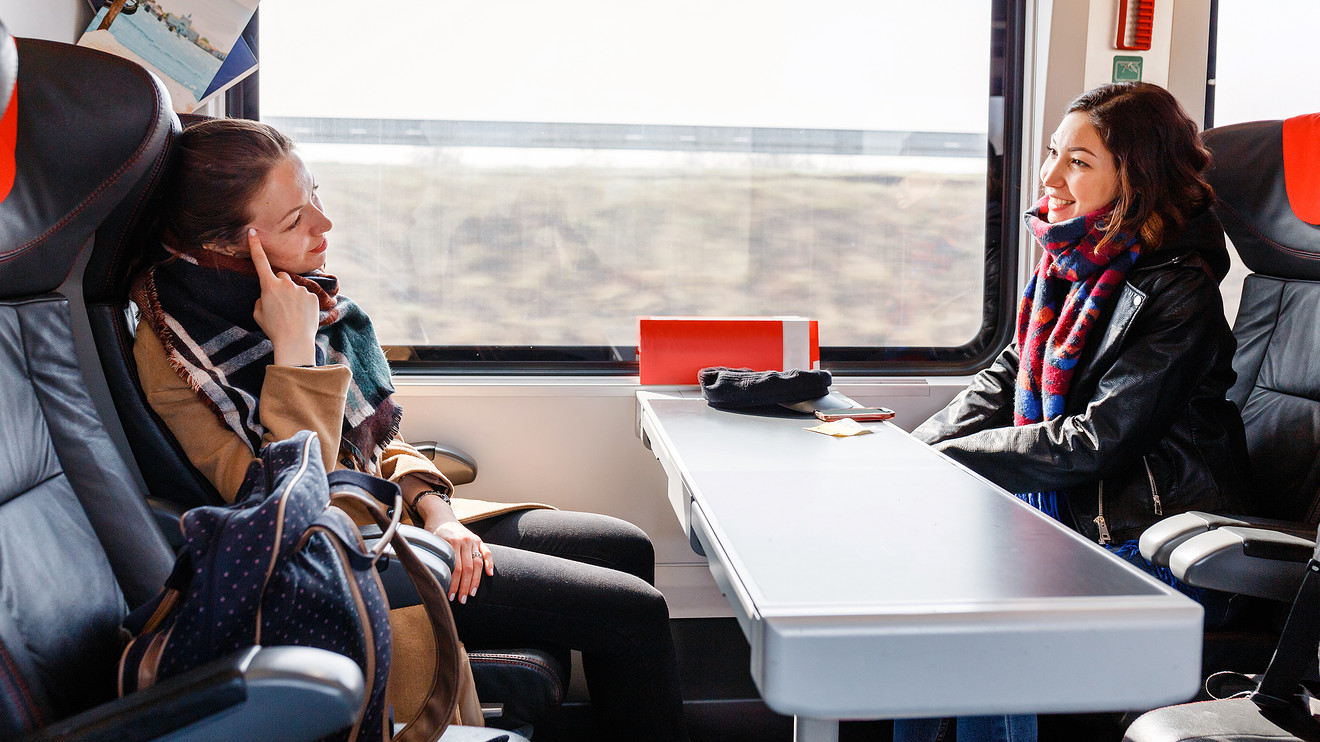 Amtrak’s “buy one, get one” spring sale got me started.

My teenage daughter and I had used a similar 2-for-1 deal last year to take an overnight train trip from Los Angeles to Portland, Oregon. This year, she wanted to use her spring break to check out colleges in Chicago as well as the Pacific Northwest. When Amtrak announced the return of its companion fare sale, I thought a couple of nights on a sleeper train might be a good way to start our college tour. She agreed.

At the same time, I noticed that we had travel rewards piling up all over the place: points, miles, free anniversary nights at hotels, even a Southwest companion pass that had yet to be used. At NerdWallet, we’re always telling people to spend rather than hoard their rewards, which get less valuable over time thanks to program devaluations.

So I decided to see how much I could save on one 10-day trip. The answer: more than $3,000. I’m bragging, but I also hope my experience might help you get more value from your own rewards programs.

First, the details. Our itinerary includes two nights in an Amtrak sleeper car, two airline tickets from Chicago to Seattle and six nights in historic hotels in three cities (plus one night in a convention hotel). The fare for our flight home was less than $90; and I got to use that companion pass, which allows me to add another person to any flight I book with Southwest for only the cost of fees and taxes (in this case, just $5.60).

Also see: Finally, students can comparison shop the cost of their college majors

My total cash outlay for all the booked travel: $846, including $740 for the Amtrak double-bunk roomette. The price tag for the trip without all the discounts: $4,234. This total doesn’t include most meals, in-city transportation or incidentals (such as college sweatshirts).

Also not included are the annual fees I pay for the credit cards that provided most of these rewards. Those fees totaled $733. That seems like a lot, but that cost is more than offset by other card perks, including travel credits, airline lounge access and free breakfasts at hotels.

Most important, we don’t carry credit card balances, so we don’t pay interest. The only way to win the travel rewards game is to pay balances in full every month, since otherwise interest costs will overwhelm any travel savings. If you do carry balances, look instead for a low-rate credit card that will help you pay off your debt faster.

If you’re new to travel rewards cards, or just want to get more out of the ones you have, here are my tips:

It’s typically easy to use your points because there are often tons of available rooms and no blackout dates. In most cases, the annual fee is more than offset by the free night you get on each cardmember anniversary. The downside: You can only redeem your points at that brand.

But a general issuer rewards program helps, too

General travel rewards cards offer the flexibility to book with a number of different hotels or airlines. You can transfer points from the general rewards card to other frequent traveler programs or use your points to book travel directly through their portals.

Don’t miss: The airlines with the most valuable rewards

In addition to two anniversary nights that were about to expire, I had about 2,500 points moldering away in a forgotten Amtrak rewards account, which paid for coach seats from Seattle to Portland.

It’s OK to keep it simple

Typically I’ll use a travel comparison site such as Kayak to get an idea of going rates, then check hotel and airline sites to see if I can get favorable exchange rates for my points. Once I’ve found a good deal, I’ll transfer points from a general rewards program to book the travel. But sometimes it’s nice to take the easier, faster way. I booked most of our hotel rooms and the flight to Seattle directly through a general rewards card’s travel portal. My points were worth 1.5 cents each, which is a decent return, and I didn’t have to spend hours comparing all my options.

‘Booked’ is better than ‘best’

It’s fun to score a big win, but the most important thing is that the rewards get used. Points programs are constantly being devalued, meaning it takes more points to get the same reward. Points in some programs can even expire (shudder). So don’t lose your points — use them.