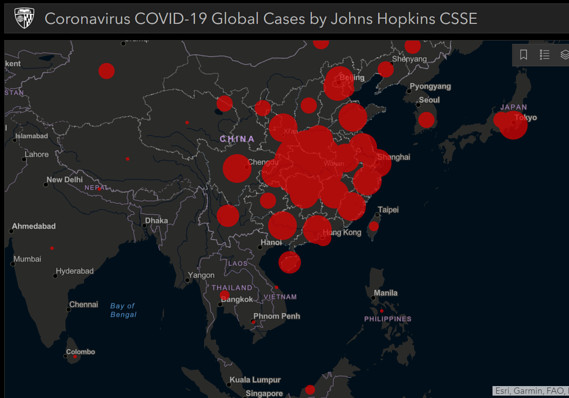 BOSTON (Project Syndicate) — One of the hallmarks of an effective foreign policy is that it runs in the background, neither loud nor especially visible. Governments must urgently adopt such an approach to stem the growing global panic caused by the coronavirus outbreak, which has now killed more than 2,100 people and infected in excess of 75,000

Although almost all the deaths and confirmed cases to date have been in mainland China, the virus has spread to more than two dozen countries. The World Health Organization declared the outbreak to be a global health emergency.

For the time being, panic reigns.

Global technology firms such as Google GOOG, -0.75%  , Apple AAPL, -1.34%  , Facebook FB, -1.53%  , and Tesla TSLA, -3.75%   have temporarily suspended their operations in China and asked their employees to work from home. Many foreign airlines, car makers, retail and entertainment chains, and financial institutions have taken similar measures.

And in the United States, Asian-Americans and students from Asian countries are facing a surge in xenophobic comments about their food, culture, and way of life.

In addition, many countries have joined the U.S. in temporarily refusing entry to foreign nationals who have recently traveled within China. However, prominent global health experts argue that restrictive policies such as these, which usually are reserved for life-threatening situations, are unlikely to stop the spread of the disease that the WHO has now christened COVID-19.

Instead, such measures initially fueled panic among investors. Most Chinese stocks SHCOMP, +1.84%   fell sharply when trading resumed after the country’s New Year holiday, with some market indices suffering their biggest single-day declines in more than a decade. Because China is the world’s second-largest economy, these financial losses will have a global impact.

Also read: Goldman Sachs warns of imminent risk for stocks due to complacency on coronavirus

Furthermore, COVID-19’s disruptive impact on labor markets, travel, and factory production will hurt the operations of global firms that depend on China’s manufacturing strength and supply chains.

The crisis is a reminder of why governments must regard health as an essential component of foreign policy. Indeed, much of the current panic could have been prevented had political leaders pursued global health diplomacy.

Governments have previously recognized the role of health as a crucial foreign-policy tool, including in the 2007 Oslo Ministerial Declaration by the foreign ministers of Brazil, France, Indonesia, Norway, Senegal, South Africa, and Thailand.

But applying this idea has become increasingly difficult because of the global rise of far-right nationalism, which presents diplomats with the challenge of maintaining amicable relations with allies demonized by their own governments.

Impulsive foreign policies aimed at tackling COVID-19 — such as travel bans and the suspension of economic activities — are not only unsupported by scientific evidence, but also are likely to prove harmful in the long run.

By contrast, soft power, or a country’s ability to shape the preferences of others through persuasion and diplomacy, often is much more effective.

In fact, three of the strategies likely to prove most effective in tackling COVID-19 (and future epidemics) will require governments and other actors to cooperate more closely, establish deep mutual trust, and develop platforms that promote the free dissemination of evidence-based scientific data.

For starters, health should be considered a global public good. Countries with robust systems for collecting and disseminating scientific research should establish collaborative networks through which low- and middle-income countries can report and publish information on infectious outbreaks.

Fortunately, leading international medical journals, including The Lancet and The New England Journal of Medicine, are collecting — and rapidly publishing — evidence-based, peer-reviewed data on COVID-19’s clinical and public-health characteristics. This is critical, because the new coronavirus has not been the only epidemic to spread globally in recent weeks; there also is an epidemic of misinformation online, especially on social media platforms.

Second, countries where potential outbreaks originate should not be made to feel stigmatized. Governments need to create formal, confidential channels through which officials can freely share information on emerging health risks or potential outbreaks. COVID-19 has spread so widely in part because the Chinese government feared political embarrassment and initially suppressed information when doctors in Wuhan raised the alarm over infectious cases.

Although countries have varying mechanisms for informing the public about health-related risks, more coordinated global health diplomacy could have mitigated the epidemic’s impact.

Third, governments should invest in building data-management systems that can track the spread of epidemics, preferably in real time. These could resemble the innovative dashboard map created by Johns Hopkins University’s Center for Systems Science and Engineering to track the COVID-19 outbreak. This map compiles data from the WHO, the U.S. Centers for Disease Control and Prevention, and its European and Chinese counterparts, and China’s National Health Commission — all in real time.

Such data is vital in helping governments to make informed decisions about how best to tackle the virus.

In a globalized world, we cannot afford to ignore health risks arising in other countries. Rich-country governments in particular should therefore not regard increased globalization and interdependence as purely economic phenomena that enable firms to establish manufacturing and supply-chain operations in middle- and lower-income economies. Privileged countries also have a responsibility to establish support mechanisms that help others address emerging health threats.

Faced with a global epidemic such as COVID-19, political leaders should be guided by scientific evidence and compassion, not anecdotes and xenophobia. Enlightened global health diplomacy could save countless lives.