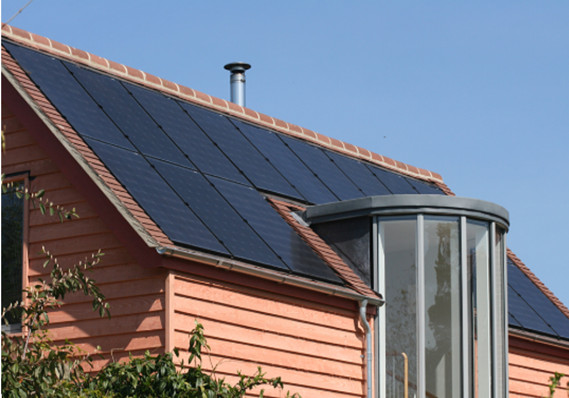 Shares of SolarEdge Technologies Inc. ran up toward another record Thursday, after the solar products maker extended its streak of revenue beats and provided an upbeat outlook, citing “very strong” growth in the U.S.

Chief Executive Zvi Lando also helped assuage concerns over the impact of the coronavirus outbreak in China, given the company’s manufacturing footprint there, by saying on the post-earnings conference call with analysts that he did not expect any disruption to revenue in the first or second quarters, given the pre-outbreak actions taken to meet growing demand.

The Israel-based company’s results and outlook managed to clear a high bar set by Wall Street, after the stock soared 17.9% on Wednesday to a record close of $127.82 in anticipation of strong results. The stock had run up 34.4% year-to-date through Wednesday, while the S&P 500 index SPX, -0.81%  had gained 4.8%.

SolarEdge reported late Wednesday fourth-quarter net income of $52.8 million,or $1.03 a share, compared with $12.9 million, or 27 cents a share, in the same period a year ago. That missed the average analyst estimate of $1.05 a share, according to FactSet. That marked the fifth straight quarter that the company missed EPS expectations.

Excluding nonrecurring items, such as one-time operating expenses and stock-based compensation, adjusted earnings per share rose to $1.65 from 63 cents a year ago.

Revenue increased 59% to $418.2 million, above the FactSet consensus of $413.8 million. The company has beat revenue expectations for 18 straight quarters, starting with the first quarterly report as a public company in May 2015.

The company said it expects first-quarter revenue of $425 million to $440 million, which is above the FactSet consensus as of the end of January of $388.9 million.

On the conference call with analysts, CEO Lando said the reason the company has been able to manage the effects of the coronavirus outbreak was because it had already taken actions before the outbreak in anticipation of increased product demand this year, and given the usual manufacturing slowdowns in China during the Lunar New Year holiday.

Actions taken included building up inventory and shipping it to distribution centers in the fourth quarter, and securing an agreement with its contract manufacturer (CM), Jabil Inc. JBL, -0.04%  , to keep manufacturing during the holiday at a reduced rate.

“As a result, when the Chinese New Year vacation was extended due to the coronavirus, the manufacturing lines at our CM in China continued to operate and manufacture products,” Lando said, according to a FactSet transcript. “These two measures, combined with increased capacity in our factories in Hungary and in Vietnam enables us to continue to meet capacity needs of our customers despite the unfortunate circumstances that developed.”

He said on the call that all SolarEdge and Jabil employees at the factory in China are healthy and most have returned to work.

Kudos to Cascend Securities Chief Investment Strategist Eric Ross, who raised his stock price target for SolarEdge to $140 from $120 on Wednesday, in anticipation of strong results. He followed that up on Thursday by raising his price target again, to $160. “SolarEdge delivers!,” Ross wrote in a note to clients.

A week earlier, on Feb. 12, JPMorgan’s Mark Strouse had raised his price target to $129 from $112, citing potential upside to earnings estimates. On Thursday, he raised his target further to $141.

Despite the recent stock gains, Strouse said he believes current valuation multiples “undervalues one of the few solar stocks that is consistently profitable, generates cash and has a solid balance sheet.”